Nole eases to 3rd round in Monte Carlo 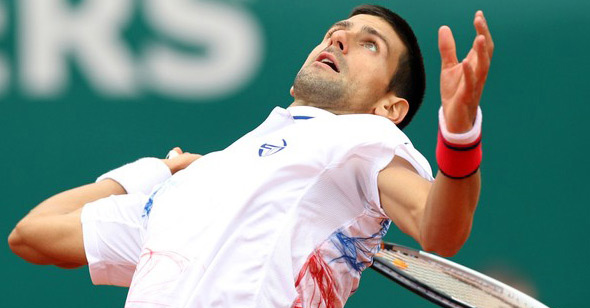 World number one Novak Djokovic began his Monte Carlo Rolex Masters campaign with a 6-1 6-4 victory over no.44 ranked Andreas Seppi in 88 minutes.

This is Nole’s seventh win over the Italian.

Novak made a double break in the opening set, in the second and fourth games, and closed it 6-1 in 45 minutes.

The top seed continued his domination in the second set. A break in the third game was enough for him to serve out the match 6-4.

“I think I served really well when I needed to,” reflected Novak. “That’s encouraging for the clay because you don’t get to rely on your serves as much as maybe on other surfaces, so it’s good to have a couple of free points there. I played really well. For the first official match on clay since Roland Garros last year, it was satisfying.”