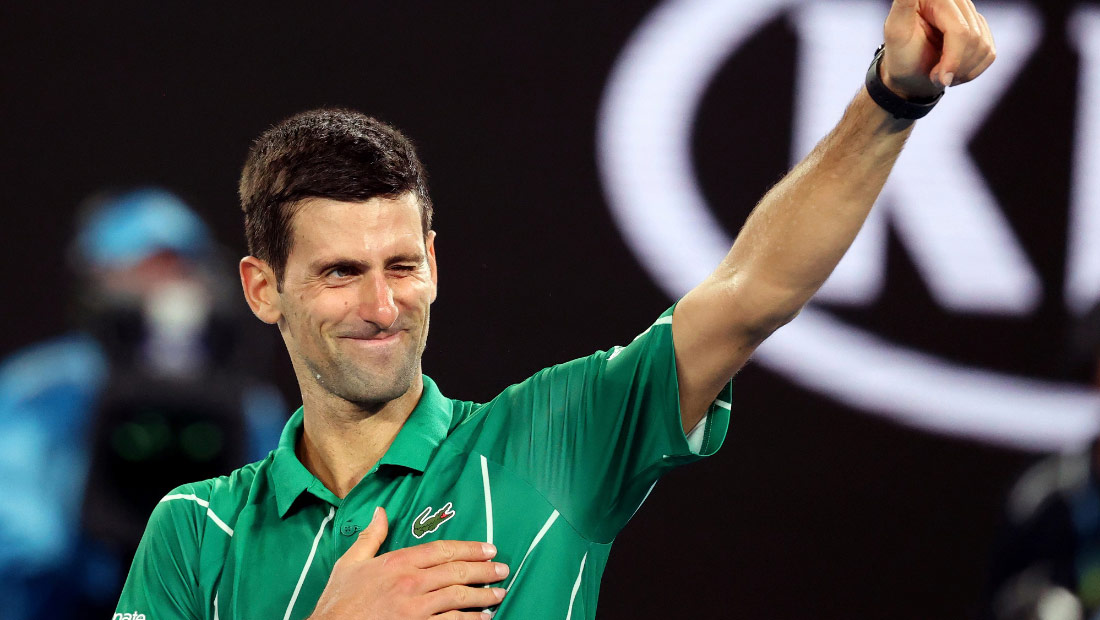 Novak applied pressure from the beginning of the contest. Raonic fended off attacks successfully until the 10th game, when the Serb converted his ninth break point to clinch the opening set.

Djokovic broke the 32nd seed from Canada again in the fourth game of the second set and grabbed a two-set lead.

The 32-year-old Belgrade native erased a break point in his first service game of the third set to stay on the course. He earned four break points in a marathon 11th game, but Raonic withstood everything the second seed threw at him. The set went to a tie-break, Novak won it in convincing fashion, 7-1.

Nole advanced in two hours and 49 minutes, improving his perfect ATP H2H series with Milos to 10-0.

“I felt great on court and I was very focused. In the first couple of sets it went the way I wanted it to go – one break was enough and I was comfortable serving and that’s key against Milos,” the world no.2 said. “I did pretty well in two sets, was pretty fortunate to get out of trouble in the third and it was a perfect tie-break.”

Next up for Novak is third seed Roger Federer, against whom he owns a 26-23 lead in their rivalry.

It will be the 50th encounter between the two tennis greats. The match is scheduled on Thursday at 09.30 CET.

“Obviously I have tremendous respect for Roger,” added Novak. “He is one of the all-time greats and one of my two biggest rivals. The match-ups against Roger and Rafa have made me the player I am today so I’m grateful to have had so many matches against them. It’s amazing what he has done on the court today, that’s why he is who he is. Let the better player win.”