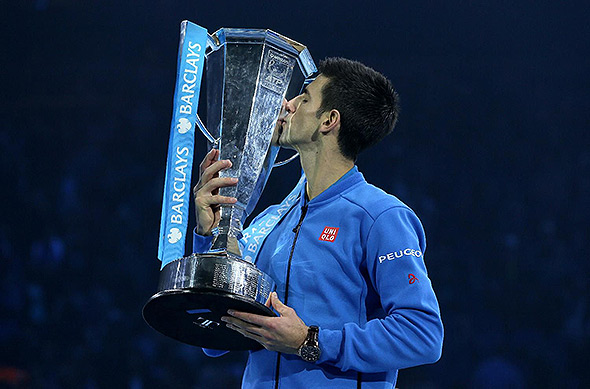 In his 10th appearance at the Barclays ATP World Tour Finals, Novak Djokovic will attempt to win a record-tying sixth title after becoming the first player to qualify for the season-ending tournament, to be held from 13-20 November at The O2 in London.

The world no.1 became the first player to clinch his spot at the season finale.

For the second straight year, a quarter-final victory at the French Open guaranteed the Serbian ace his place in the elite eight-man field.

“I look forward to returning there,” said Novak. “I love playing at The O2 in front of an enthusiastic crowd, who always supports all of us.”

Novak has claimed six titles through the first six months of the season, opening his 2016 campaign with the Qatar ExxonMobil Open trophy in Doha and a record-tying sixth Australian Open crown. He established a new record with his 29th ATP World Tour Masters 1000 title, following triumphs in Indian Wells, Miami and Madrid, and won his first Roland Garros title, becoming just the eighth man to complete a career grand slam.

The 29-year-old Belgrade native is the four-time defending champion at the Barclays ATP World Tour Finals. He successfully defended his crown last year with victory over six-time former titlist Roger Federer in the final. Nole clinched the title for the first time in 2008 when the tournament was held in Shanghai.