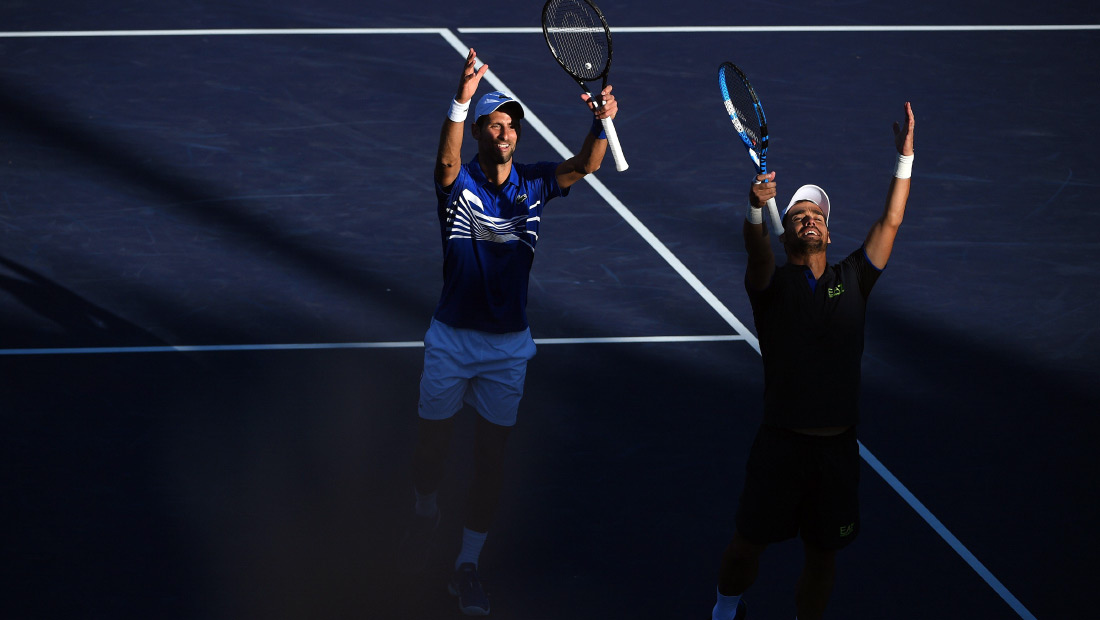 Nole and Fabio got the first break of the match when they converted their chance in the fifth game. Rojer and Tecau broke back in the 10th game to level at 5-all and the set went to a tie-break. Novak and Fognini won it 8-6.

Horia and Tecau broke twice in the second set to force a match tie-break. Nole and Fabio sealed it 10-6 to progress to the semis in one hour and 36 minutes.

Djokovic and Fognini are bidding to have a great doubles debut as they are two wins away from winning a Masters 1000 title.

The Serbian/Italian combination will take on no.6 seeds Lukasz Kubot (POL) and Marcelo Melo (BRA) on Friday for a place in the final.