Nole is no.2 seed in Dubai! 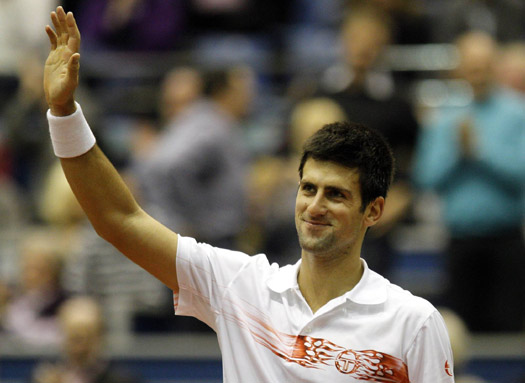 The draw has been made for the Barclays Dubai Tennis Championships, the ATP World Tour 500 event.

World no.2 Novak Djokovic is the defending champion, he beat David Ferrer 7-5, 6-3 in last year’s final.

Novak could meet fellow Serbian Viktor Troicki or German wildcard Rainer Schuettler in the second round.

Andy Murray (GBR,3), Marin Cilic (CRO,6), Mikhail Youzhny (RUS,7)… are in the upper part of the draw, and Novak can’t meet them before the finals.

World no.1 Roger Federer has been forced to withdraw from the tournament due to a lung infection. Spaniard Tommy Robredo takes his place at the top of the draw.

The winner of this year’s Barclays Dubai Tennis Championships will earn $383,000 and 500 ATP points.