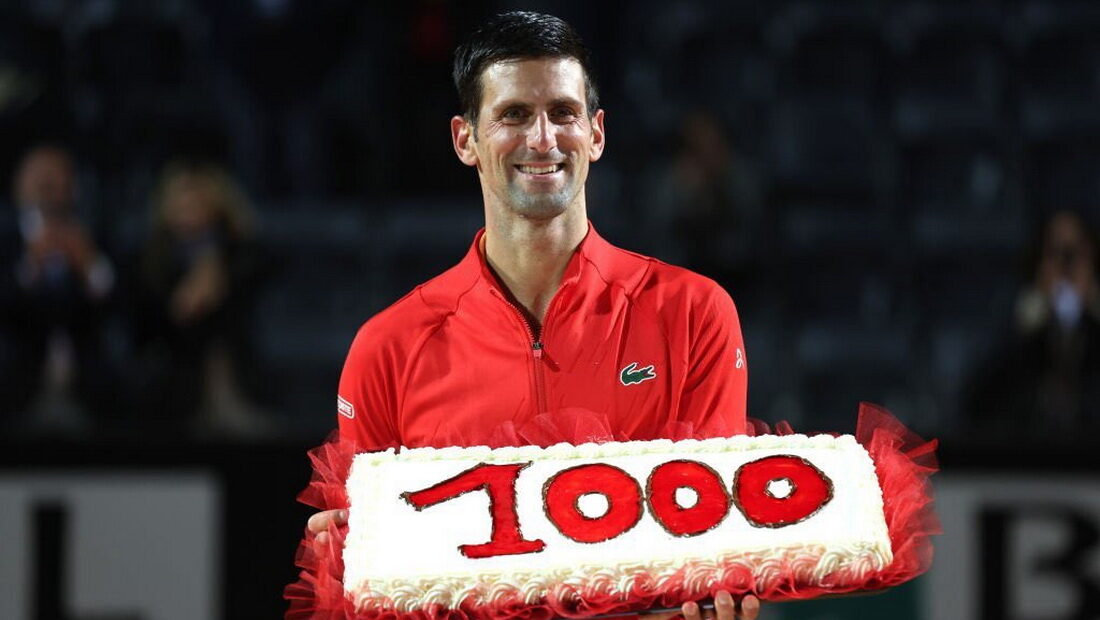 Nole added another historic feat to his career! With the semi-final triumph on Saturday in Rome, he became only the fifth man to win 1000 professional matches!

Top seed Novak Djokovic secured the 1000th victory of his career as he beat Casper Ruud to advance into the Italian Open championship match.

The five-time titlist beat the Norwegian 6-4, 6-3, to reach his 55th career Masters final and 12th at the Foro Italico.

Novak made breaks in Ruud’s first two service games storming to a 4-0 lead. He failed to serve out the opening set at 5-2, but was more successful at the second time of asking three games later.

The second set was a tighter affair, until the seventh game when Djokovic converted his fourth break point. He sealed the victory with his fourth break, in the ninth game.

“Thanks to the tournament and the crowd for celebrating the milestone with me,” Novak said in his on-court interview. “I’ve seen Roger and Rafa celebrate those milestones in the last couple of years and I was looking forward to get to that 1,000 myself. I’m really, really blessed and privileged to have that many victories on the Tour. It’s been a long time, ever since I won my first match on the Tour. Hopefully I can keep going and many more victories to come.”

The Greek is into his first Internazionali BNL d’Italia final, after he outplayed second seed Alexander Zverev in three sets, 4-6, 6-3, 6-3.