Nole marches on at Australian Open 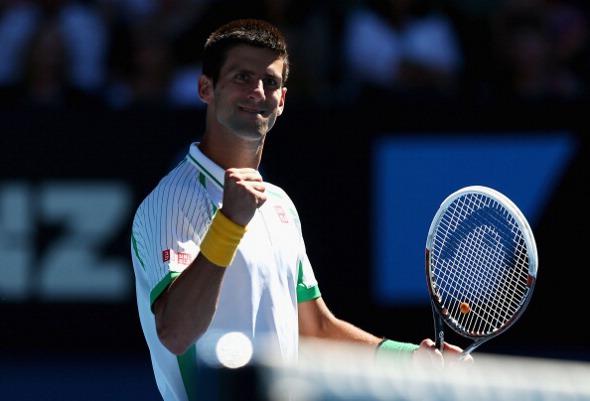 Novak dropped just 6 games and didn’t face a single break point in a 91-minute clash. He won 85 percent of his first serve points, and 87 percent of points on second serve.

The two-time defending champion took 12 of the first 13 points of the match. He broke Harrison in the second and sixth games and wrapped up the opening set 6-1 in just 20 minutes.

Djokovic raced to a two sets to love lead with a double break.

Harrison was broken again in the opening game of the third set. Novak put the young American’s service under pressure once more in the ninth game and sealed a straight sets victory on his second match point.

“I went with that kind of focused mindset on the court, just trying to play as sharp as possible. I knew that he had nothing to lose and would come out with his big serves, but I managed to make some very important early breaks at the start of the match,” the five-time Grand Slam winner said. “I was a set up after 20 minutes and it was a mental advantage, I felt much more comfortable on the court. I don’t think he was playing at his best, it was probably the occasion playing on the centre court, but I wish him all the best, I think he has a good future.”

“You’re trying to perform your best in every match that you play on. This was definitely a better performance than the first round. I managed to play in a very high level already in the second round, which is very encouraging for the next challenge.”