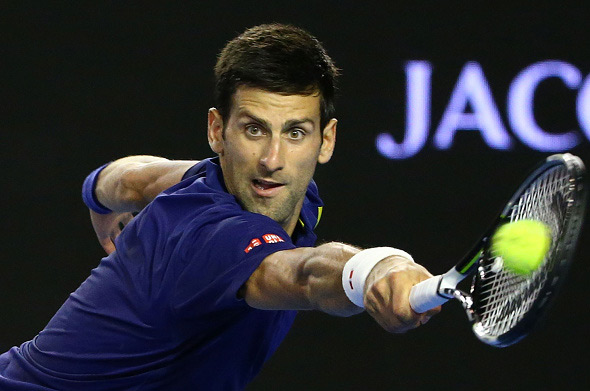 The Serb converted three of his six break point opportunities and saved all three break points he faced, as he sealed victory in two hours and 21 minutes on Margaret Court Arena. With the win, Nole improved his perfect H2H mark with the Italian to 12-0.

Novak overcame strong resistance from his persistent opponent. The 28-year-old earned a two-sets-to-love advantage, before the Italian made him do some hard work. Seppi held two set points in the third-set tiebreak, but the world no.1 rallied to take it 8-6 and advance.

“I think I started the match very well,” Novak said. “Great intensity, I felt I played very solid tennis. He stepped it up, started serving well. He has a very quick game from the back of the court, a lot of depth, power, efficiency from both corners… It’s not easy. I started defending. It was very close, could have gone different ways. Andreas is a very dangerous player, I was aware of his quality. I didn’t underestimate him. It was a great test and I’m just glad to get through in straight sets.”

Djokovic was 17/23 on net approaches, having won 76% of points on his first serve.

For a place in the quarter-finals, Novak will face 14th-seeded Frenchman Gilles Simon who eliminated Argentine Federico Delbonis in straight sets 6-3, 6-2, 6-1.

The five-time Australian Open champion owns a 9-1 edge in ATP Head2Head match-ups with the Frenchman.