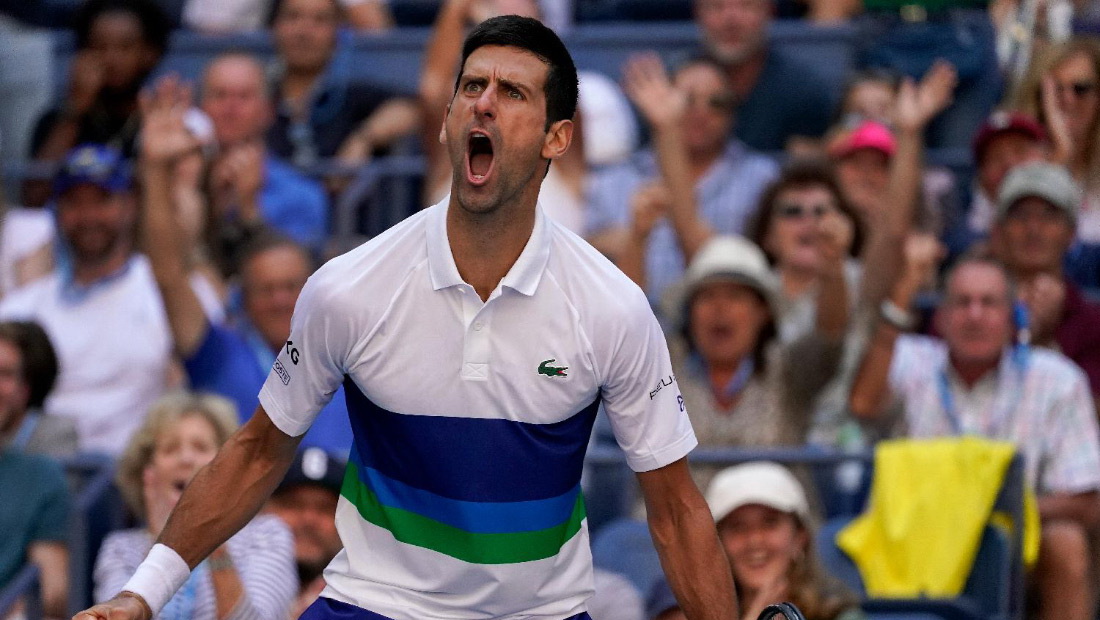 Nole outlasts Nishikori to reach last 16 at the US Open

Nole has taken another step towards Grand Slam history.

Three-time US Open champion Novak Djokovic came back from a set down to beat 2014 runner-up Kei Nishikori and advance into the last 16 at Flushing Meadows.

Nishikori hit the ball with great power in the opening set, forcing Novak into uncharacteristic unforced errors. The Japanese prevailed in a tie-breaker to move in front.

Though he lost the first set, Djokovic upped his level and grew with confidence in the remainder of the match, breaking twice in each of the next three sets to wrap up the win.

“It was a really amazing match to be a part of, a great experience,” Novak said. “Big credit to Kei, who played at a very, very high level today. I always knew that he possesses a lot of qualities. He’s been on the tour for quite a few years, but I must say that he did surprise me with his level today. He was playing very quick. It was tough. Even though I won three, three and two in the second, third and fourth sets, I felt like all the sets were quite close. A few points really decided the winner today. So a huge congratulations for a great fight to him.”

“I don’t think I started off very well,” he added. “I was quite passive. I was too far back in the court. He was dictating the play. I was still trying to find the rhythm, find the tempo. Obviously he played much quicker and more aggressive than my opponents in the opening rounds did, so it took me a little bit of time to adjust to his game. I think beginning of the second set I already felt like I’m getting the groove back, I’m getting that rhythm back. I was very pleased with the focus. Maybe at some points I wasn’t at my best, but overall I was determined, I was concentrated and that’s what matters in the end.”