Nole to face Berdych in his fifth Beijing final! 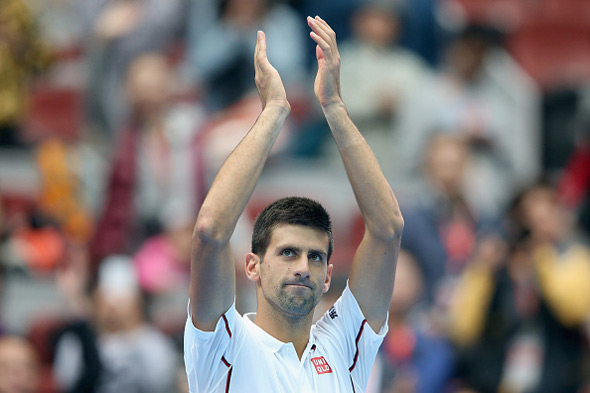 Novak got the only break of the first set after a nine minute game and served it out for 6-3.

The Serb took an early 2-0 lead in the second set, but Murray fought back for 3-all. Nole broke once again in the ninth game and sealed the win to the delight of his Chinese fans at the Olympic Green Tennis Center, improving to a 14-8 record in H2H meetings with Andy.

“It was a two-set victory today, but still it felt like I had to work hard to win the points,” said Djokovic. “I’m glad that I’m back in the form that I would like to be in, especially in these courts where I still haven’t lost ever since I played this tournament. Hopefully I can finish the year in style, similar as I finished last year.”

Novak improved to a 23-0 mark at the China Open, reaching his sixth final of the season.

The world no.1 will look to win his fifth Beijing crown on Sunday, when he faces Tomas Berdych (CZE, 3) who def. qualifier from Slovakia, Martin Klizan – 6-4, 6-1.