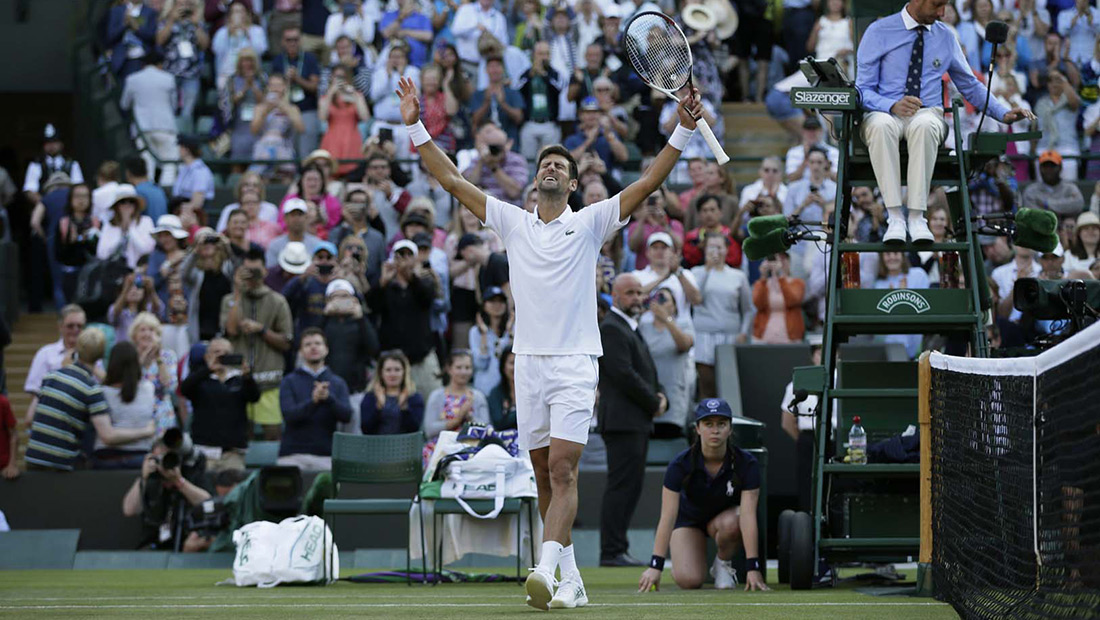 Nole powers into Round 4

The three-time former titlist needed 2 hour and 53 minutes to outplay the British no.1 on Centre Court.

Novak overcame a slow start and quickly regrouped after losing the opening set. He broke his rival`s serve in the eighth game of the second set to level the contest.

The third set was a one way traffic, as the 31-year-old Serb clinched it with a double break.

A break in the ninth game of the fourth set was crucial for Nole to seal his 61st win at the All England Club.

“He is probably playing the tennis of his life in the past 12 months. He won our last encounter. You could see he came out on the court, played better than me for a set and a half. He was really, really playing well, hitting the ball clean from both ends,” Djokovic said. “It was a high-quality tennis match, to be honest. It was very, very, very intense. It just was a couple points here and there.”