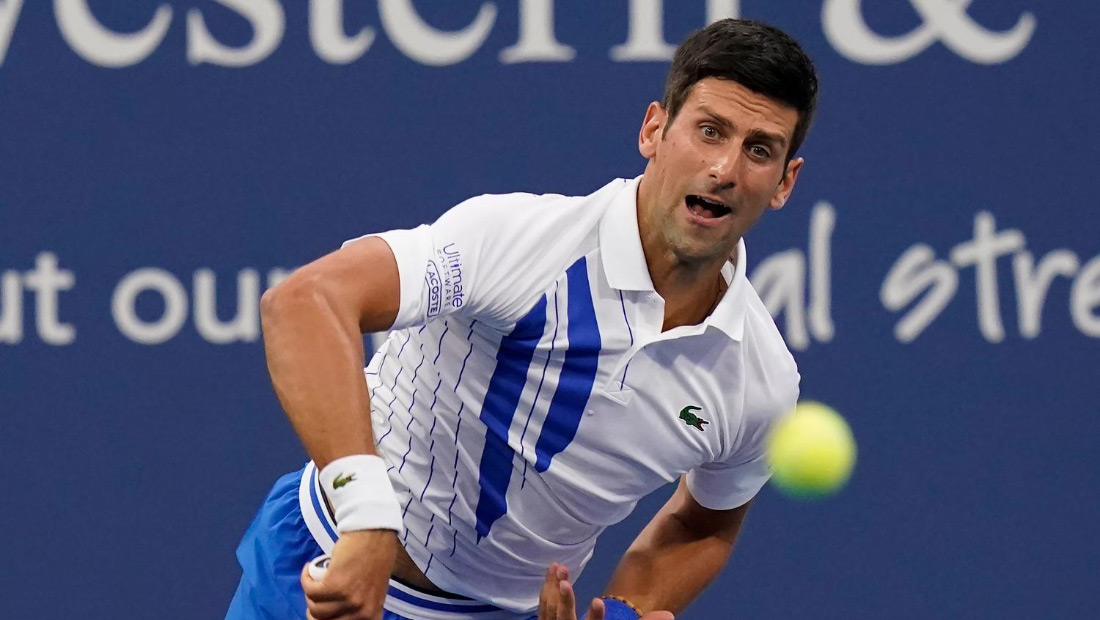 Top seed Novak Djokovic looked sharp in his third round match on Tuesday.

Novak powered his way past world no.55 Tennys Sandgren to keep his Western & Southern Open title bid on course.

The 33-year-old Serbian star recorded a 6-2, 6-4 victory in one hour and 28 minutes to reach the Cincinnati Masters quarter-finals.

Novak broke in the first game of the match to set the tone. Late in the opening set, he converted another chance and won it in convincing fashion.

Djokovic again made an early break in the second set. He saved three consecutive break points serving at 4-3 0/40, and held to stay in front. The 2018 champion failed to capitalise on any of five break/match points he earned in the ninth game, but then closed the set and match with a love game.

Nole now leads the American 3-0 in their H2H meetings.

“Neck was much better, less pressure and more confidence on serve,” the world no.1 said. “I moved very well and I am pleased.”

“This fast surface favors the servers such as my next opponent Struff. He keeps improving, he is very aggressive and moves quite well considering his stature,” Djokovic said ahead of the upcoming clash with Struff.