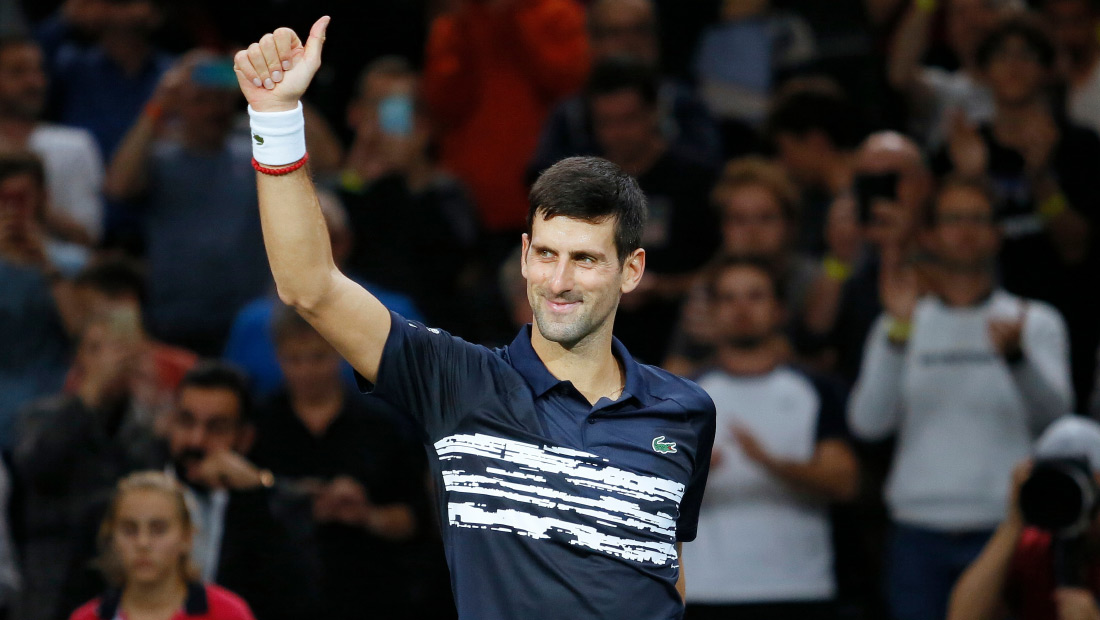 Novak converted his seventh set point to take the opener from the Brit. The Serbian top seed took the momentum into the second set as he broke his rival three times to pick up his 50th win of the season.

Djokovic won 89 per cent of points on his first serve. The match lasted one hour and 22 minutes.

“I was feeling energy-wise better and felt more alert, just more strength, more energy, more speed. I didn’t play so well, I think, from baseline in the first set. I served well. That got me to the tie-break,” the world no.1 said. “Second set was the best set I’ve played so far in the tournament. Finished off with a winner, finished off with amazing return game. So of course the sensation is very positive. And I’m convinced that I’m headed in the right direction so that tomorrow will be even better.”

For a place in the ATP Masters 1000 event semis, Novak will take on no.7 seed Stefanos Tsitsipas (H2H 1-2) on Friday.