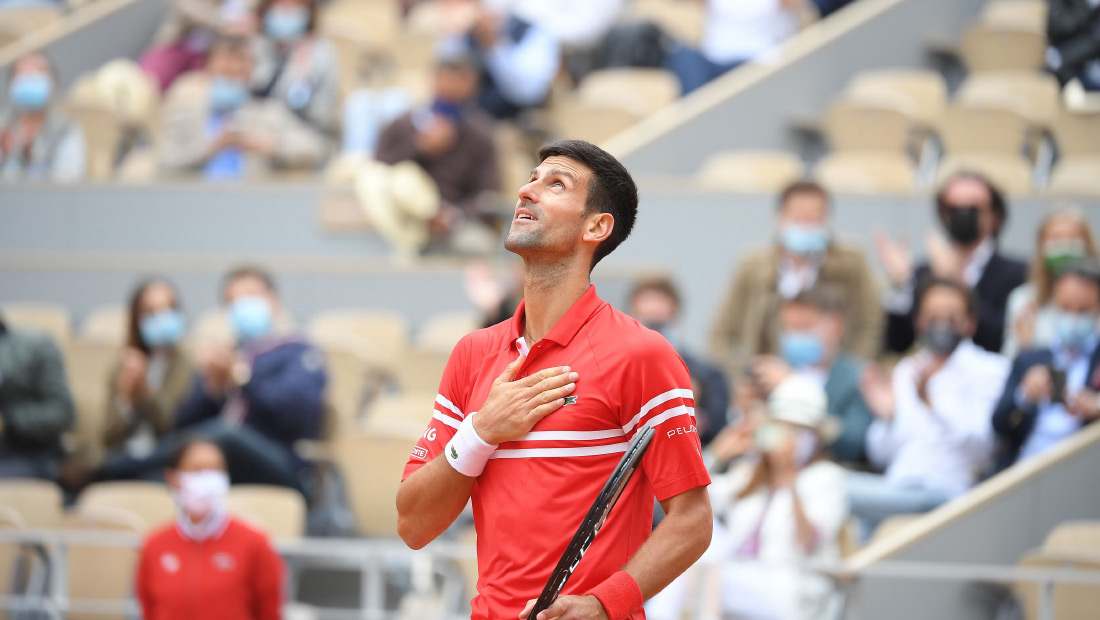 Nole came through his first major test at this year’s Roland Garros.

Top seed and 2016 champion Novak Djokovic continued his quest for a 19th Grand Slam title as he completed a comeback from two-sets-to-love down on Monday for a place in the French Open quarter-finals.

Novak dropped the first two sets, both in tie-break, but stayed composed and dominated the rest of the match. He stormed through the remainder, losing just one game.

Djokovic is through to the last eight in Paris for a 12th consecutive year.

The Italian was through to the quarter-finals after the 2009 French Open champion and no.8 seed Roger Federer withdrew from the tournament ahead of their fourth-round match.

Looking ahead to the next challenge, Novak said: “He has a big serve, big forehand – two big weapons. He’s in form. He finished the last year very strong. He started this year strong as well, beating Dominic Thiem in Australia, playing a really good ATP Cup. He just has so much firepower in his game. I will need to be at my best in order to have a chance to win.”