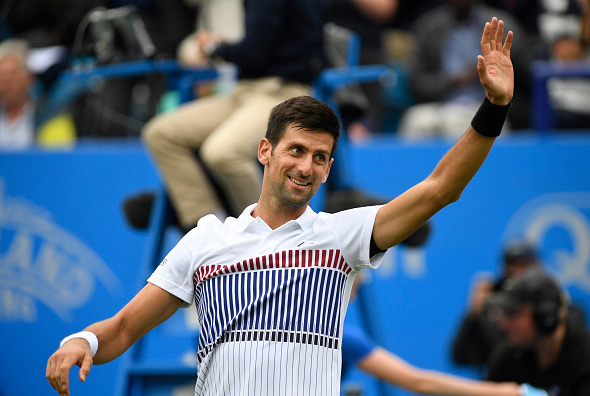 No.1 seed Novak Djokovic recorded his 26th match win of the season on Thursday at the Aegon International in Eastbourne.

The first set was an exhibition of high-class grass-court tennis. Djokovic broke twice to take it 6-2. The second set was a much tighter affair. Young made a break in the ninth game and had a set point, but Novak promptly broke back, and after saving another set point in the tie-break, the Serb took it 11-9 on his fourth match point to secure his passage to the last four.

“It was a great first set and after that I had opportunities to break serve in the second and I didn’t use them, he broke my serve at 4-4 and had set points. It was a close second set and could have gone either way. I am glad I overcame the challenge – it is exactly what I was looking for,” said Djokovic.

Novak, who is competing at his first grass-court tournament prior to Wimbledon since 2010, will next meet Daniil Medvedev (H2H 1-0). The Russian defeated fourth seed and defending champion Steve Johnson in three sets.