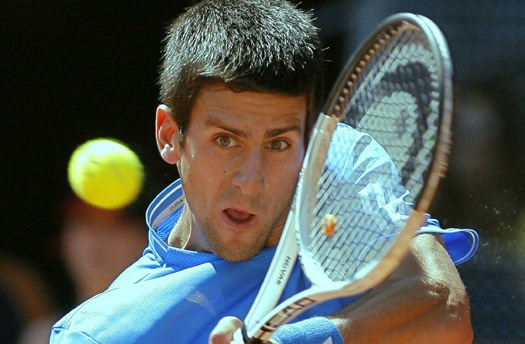 Fourth-seeded Novak Djokovic advanced to the second round of the second Grand Slam tournament in 2009. Novak was leading 6-3 3-1 when Nicolas Lapentti (102) of Ecuador retired after 78 minutes of play.

The best Serbian tennis player was dominating in all aspects of the game from the very beginning of the match. He broke Lapentti in the fourth game and then held to increase his lead to 4-1. At 5-2 the player from Ecuador injured his left ankle which made it impossible for him to put up a fight in the rest of the match.