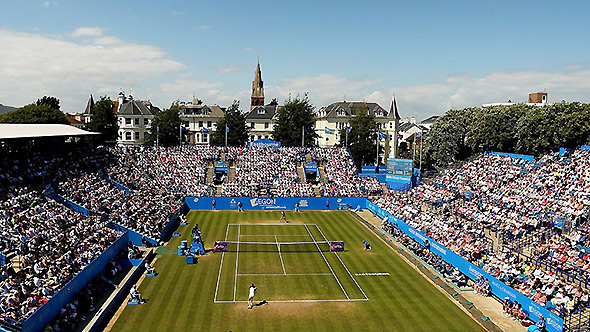 Three-time Wimbledon champion Novak Djokovic has been awarded a wild card into the Aegon International in Eastbourne which begins on June 26.

The 30-year-old Belgrade native has decided to give himself some extra preparation for The Championships as the Eastbourne event is played just a week before the third Major event of the season.

Novak will be making his debut appearance at the ATP World Tour 250 grass-court tournament at Devonshire Park.

“This will be my first trip to Eastbourne, I have heard great things about the tournament,” said the 12-time Grand Slam titlist Djokovic. “I am looking forward to fine tuning my grass court game there ahead of Wimbledon.”

The Serbian star will be joined by two-time champion Feliciano Lopez, last year’s winner Steve Johnson and other great players such as Richard Gasquet, Gael Monfils and John Isner.