Nole remains unbeaten in 2011, eases into quarter-finals of Serbia Open 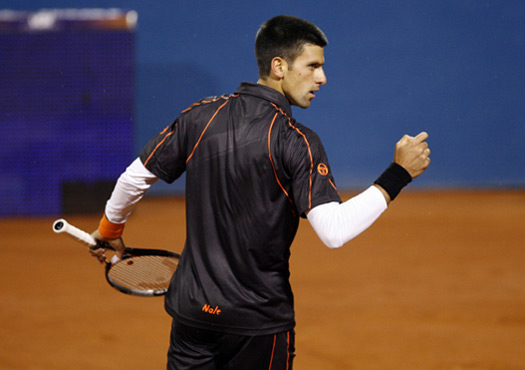 Serbia Open top seed, Novak Djokovic, improved to a perfect 25-0 this season with a second-round victory on a rainy Wednesday evening in a packed center court stadium.

The scenario was almost the same in both sets.

Novak made a break in the second game and held for 3-0. The Romanian broke back in the fifth game, but Nole broke his opponent’s serve once again for 4-2.

The 23-year-old Belgrade native put the pressure on Ungur in the eighth game of the first set and won it 6-2, and in the second he served it out 6-3.

“It’s tough to play on clay after almost a year,” said Novak. “It will take a bit to get used to it.”

Djokovic’s quarterfinal opponent on Friday will be Slovenian Blaz Kavcic.

“He beat me while we were 14-year-olds, and it’s time for a revenge,” Nole said smiling.

Novak has won every tournament he’s entered in 2011: the Australian Open, Dubai, Indian Wells and Miami. He increased his overall winning streak to 27 wins in a row, dating back to last December’s Davis Cup final when Serbia lifted the trophy for the first time in it’s history.