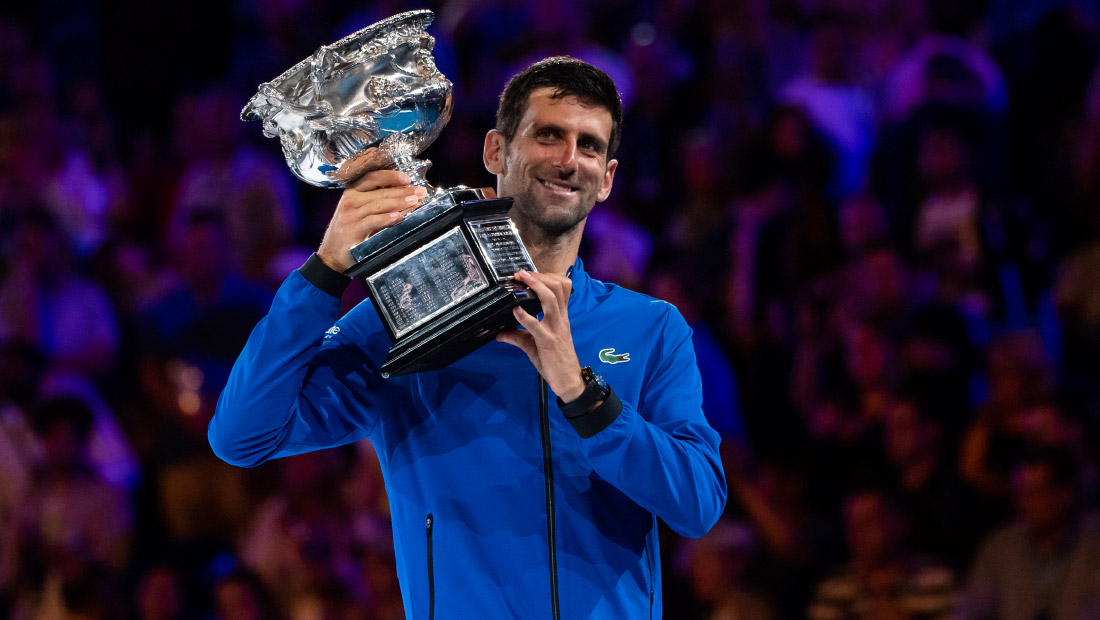 As the only player to win seven trophies in Melbourne, Novak has written a new page in tennis history!

Tonight’s match-up was the 53rd between the pair and their eighth Grand Slam final, with Novak now enjoying a 28-25 win-loss against his rival.

Djokovic, who is seven from seven in Australian Open finals, broke the Spaniard’s serve five times and was rarely troubled on his own in a two hour, 4-minute victory.

Novak was virtually flawless, he took the first set conceding just one point on his serve. The 31-year-old Belgrade native continued to produce a tennis masterclass, breaking twice in the second and third sets for an unprecedented seventh crown.

“I would like to say hello to my family, starting with my wife and son and daughter,“ Novak said at the trophy presentation ceremony. “Trophies are even more special when I have someone so dear and special to me in my life to share it with. They are dearest people on this planet. I love them very much. I want to thank them for unconditional love and support. I try to always remind myself and not take that for granted.”

“I’m trying to contemplate on the journey in the past 12 months. I had surgery exactly 12 months ago. To be standing now here, in front of you today, managing to win this title and three of the four Slams is truly amazing. I’m speechless,“ Djokovic added. “I would like to thank my team for supporting me. You guys are always behind me, tolerating me on my bad days, putting together a great successful format that is working very well.”

You can see the photos from the Australian Open final here.

Novak had previously lifted the Norman Brookes Challenge Cup in 2008, 2011, 2012, 2013, 2015 and 2016. With the magnificent win today he surpassed Roy Emerson and Roger Federer in terms of all-time victories in Melbourne.

When the new ATP rankings are released on Monday, January 28, Djokovic will stand on top with 10,955 points, 2,635 points clear of Rafael Nadal at no.2.

Next tournament for Nole will be the BNP Paribas Open in Indian Wells from March 7-17. The five-time former titlist was stopped by Taro Daniel 6-7 (3), 6-4, 1-6 in his opening match last year.