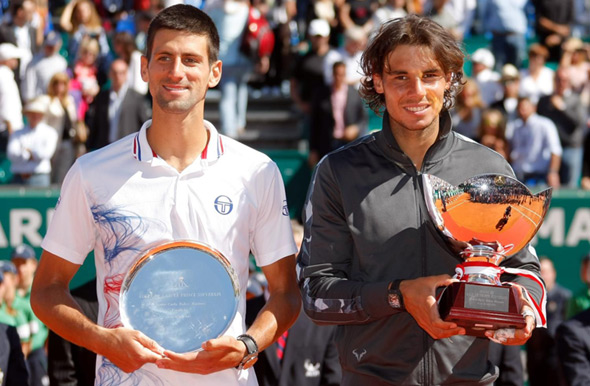 Nole has finished runner-up in his second final at the Monte Carlo Country Club.

Seven-time defending champion Rafael Nadal has won his eighth straight title at the Monte-Carlo Rolex Masters tournament when he beat the world no.1 Novak Djokovic 6-3, 6-1 in 78 minutes on Sunday.

“Rafa played well and deserved to win today,” said Novak at the runner-up trophy presentation. “I’m still very happy to reach the finals for the second time. This is one of my favourite events at the most beautiful centre court in the world.”

Nole was also runner-up at the event to Rafael Nadal in 2009.

The 24-year-old Serbian will get 600 ATP points for reaching the finals.

Next up for Novak is his hometown tournament, Serbia Open.  The ATP World Tour 250 event will be played in Belgrade from April 30 until May 6, where the two-time champion will defend the title he won beating Feliciano Lopez 7-6 (4), 6-2.