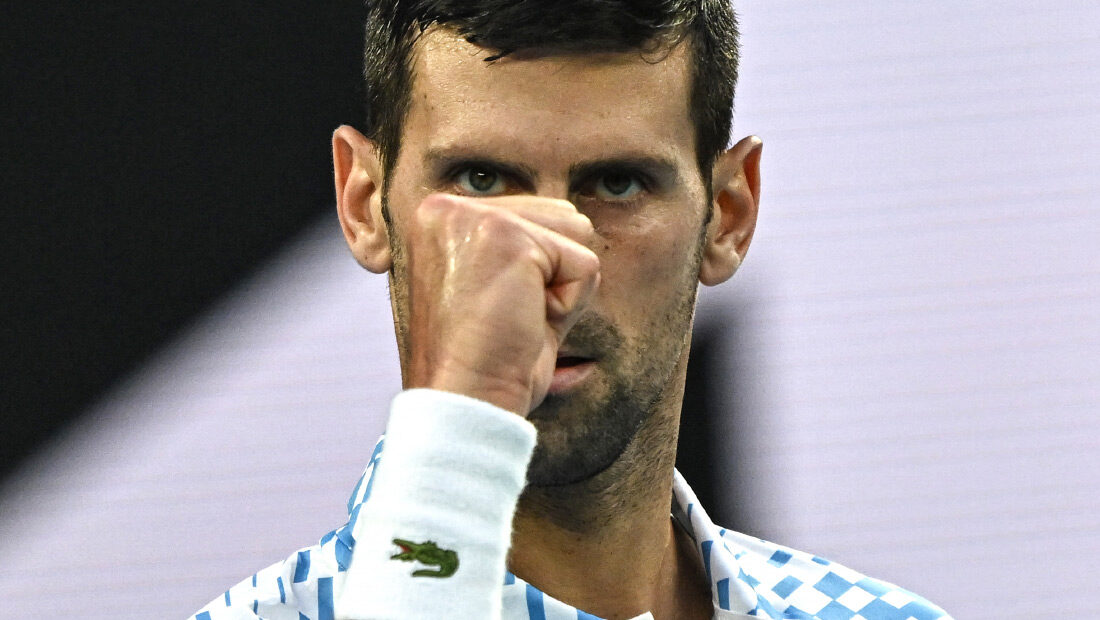 AO: Nole serves up masterclass to reach quarterfinals in Melbourne!

Serbian world no.4 was convincing 6-2, 6-1, 6-2 in Rod Laver Arena as he recorded his 25th consecutive match win at the Australian Open.

Novak Djokovic cruised into the Melbourne quarter-finals on Monday with a flawless performance against no.22 seed, Australian Alex de Minaur.

Novak played impressively throughout the whole match. The Serbian star dominated from the word go, breaking twice in each set and having denied the local hope a single break point opportunity during the two hour, six-minute encounter.

“I really wanted to win in straight sets,” Djokovic said. “You don’t know what is going to happen on the court. The first four, five games were close. After breaking serve in the first set, I started feeling more free and more loose to hit through the ball and be more aggressive. He was more nervous towards the end of the second set and the beginning of the third. That was my opportunity to capitalise… Tennis is a very quick and dynamic sport. Things can change in a matter of moments, matter of points. But I kept my focus all the way through and played the best match of the year so far. I want to thank my medical team. I am pleased with the way I moved and hit the ball.”

Novak will next play fifth seed Andrey Rublev for a spot in the semifinals (2-1 H2H).

Looking ahead to the Rublev quarterfinal challenge, Nole said: “He is an established top 5, top 10 player. Incredible firepower with forehand and serve.”