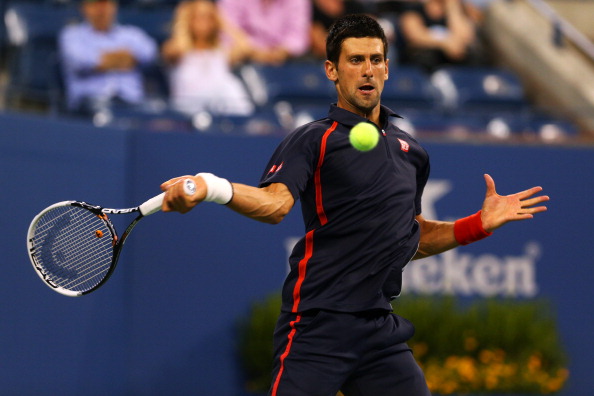 World no.2 Novak Djokovic opened his US Open title defence campaign with a 6-1, 6-0, 6-1 victory over no.69-ranked Italian Paolo Lorenzi on Tuesday evening in New York to make a dominant start on Arthur Ashe Stadium.

Lorenzi made a break in the opening game, but Novak then won 12 games in a row for two sets to love lead. The Italian managed to win only one more game and the 2011 champion advanced to the second round with ease.

“I tried to analyse my game, and my game was great from the start to the end,” Novak said. “It’s also important for me to try to be as economical with the time I spend on the court as possible, but obviously not underestimating any opponent. I played really focussed, tried to get to the net also. It was great all in all.”

Novak will next face no.112 Rogerio Dutra Silva of Brazil who beat Russian Teymuraz Gabashvili in five sets.

It will be their first career encounter.