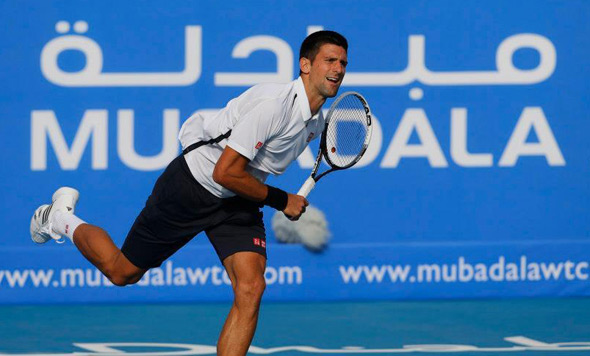 The Serbian top player beat Frenchman Jo-Wilfried Tsonga 7-6 (5), 6-3 in 74 minutes in the semi-finals at the Zayed Sports City tennis complex to set up final meeting with David Ferrer (d. Nadal 6-4, 6-4).

Djokovic and Tsonga exchanged breaks in the opening set. Novak won a tie-breaker 7-5 to take the lead.

The 26-year-old Belgrade native took the momentum into the second set. He broke his opponent in the sixth game and consolidated it for 5-2. Nole closed out the match two games later firing three aces.

“Tsonga was playing great, it was high-quality tennis and I’m sure the fans enjoyed the game. I’m satisfied with all that I did on court today,” said Novak.

The Mubadala Tennis exhibition final is scheduled on Saturday at 14.00 CET.