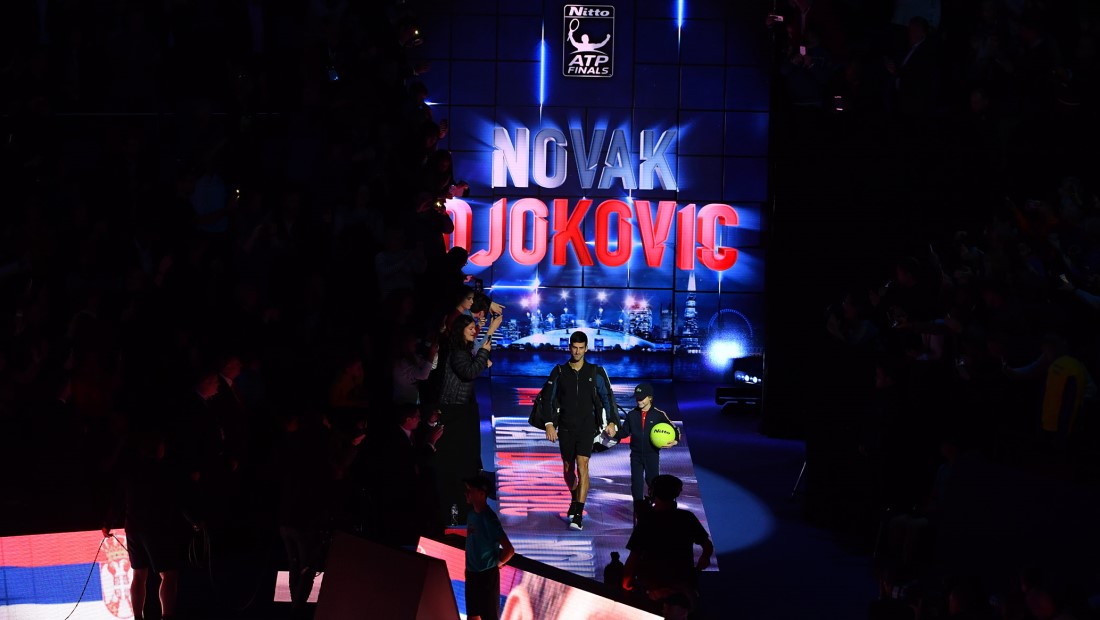 World no.1 Novak Djokovic got off to a winning start at the Nitto ATP Finals on Monday night.

The top seed recorded his ninth win in 11 meetings against John Isner (USA, 8) 6-4, 6-3 in their first Group Guga Kuerten match that lasted 73 minutes.

Novak broke Isner’s serve on third opportunity for 3-2 and held to increase the advantage. Solid on his own serve and magnificent on return, Djokovic closed out the first set after 43 minutes of play.

A double break in the second set saw the five-time former champion seal his 50th match win in 2018.

“I had three breaks of serve of John which is sometimes ‘mission impossible’ but I managed to be at right place at the right time,” said Djokovic. “I held serve well, I backed it up from the baseline, I played very solid and didn’t give him many opportunities.”

Earlier in the day, Zverev beat Marin Cilic in straight sets in the other match in the Gustavo Kuerten group.