Nole vs Gulbis in Basel R1 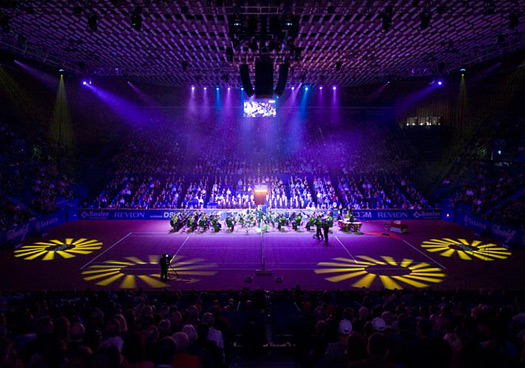 The draw has been made for Swiss Indoors Basel tournament. The ATP World Tour 500 event starts on Monday November 1, and will be played for € 1,225,000 prize money.

12 months ago Nole made his debut in Basel and lifted the winner’s trophy. The world no. 3 is eager to defend his title and win his 3rd tournament of 2010. He defeated three-time defending champion Roger Federer in his hometown 6-4, 4-6, 6-2 in the finals last year.

The event is celebrating its 40th jubilee with an impressive line-up, including four men from the world’s top ten: Roger Federer, Novak Djokovic, Tomas Berdych and Andy Roddick.

Djokovic is second-seeded, like last year. He will begin his title defence campaign against world no.24 Latvian Ernests Gulbis. The two players have met three times, Nole leads 2-1.

Novak could play against either Jarkko Nieminen (FIN) or Daniel Brands (GER) in the second round.

Top seed Roger Federer (SUI) is in the other half of the draw, as well as Andy Roddick (USA,4), Marin Cilic (CRO,6)…