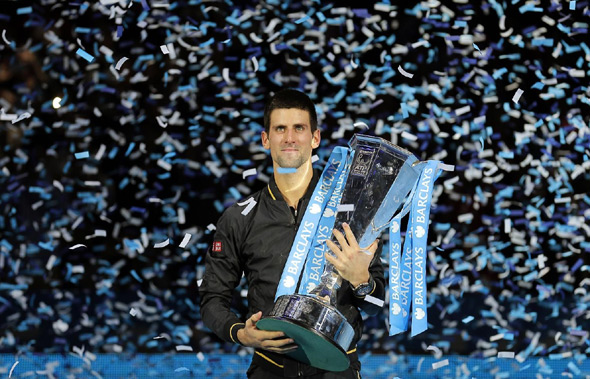 The top seed came back from behind twice to win in straight sets in two hours and 14 minutes at The O2 Arena.

Novak got off to a slow start. He was broken to love in the second game and Federer took a 3-0 lead after just eight minutes of play. Djokovic fought back in the fifth game and consolidated the break for 3-3. The Serb broke once again in the ninth game, but got broken back serving for the set, after failing to convert a set point. Players exchanged mini breaks twice before the Belgrade native clinched the crucial one for 7-6 and sealed the tie-breaker 8-6 in 72 minutes. 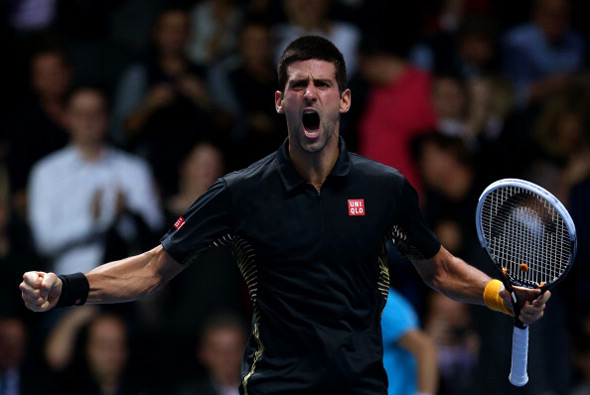 Djokovic committed five unforced errors to lose his serve in an 11-minute opening game of the second set. Federer capitalised on his fourth break point and then held for 2-0 lead. The six-time winner was serving for the second set at 5-4. He led 40/15 and had two set points, but Nole won four points in a row to level at 5-all, showing his amazing mental strength once again. Novak earned championship point at 6-5 and converted it in style with an extraordinary backhand passing shot.

“It’s the first time I’m here at the closing ceremony in London for the WTFs, so it’s an extreme honour for me to be here,” Novak said at the trophy presentation after winning his first crown in London. “Roger, we pushed each other to the maximum today. It’s always a privilege and a pleasure to play you so congratulations for a great week.”

Nole also thanked his fans via Facebook and Twitter: “Couldn’t be happier! Thank you all for your love and support. I never walk alone with you by my side… Now is time for holiday! :)” 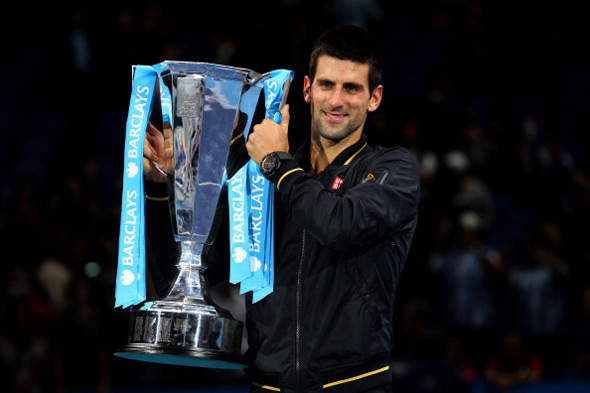 “It’s very satisfying for my team and myself to conclude this fantastic season with a World Tour Finals win,” said Nole. “Winning all the matches I played makes it even more special. I was playing really great tennis throughout the whole week. Tonight, whenever I needed to, I came up with some really good shots. I cannot be more thrilled than I’m feeling now.”

Djokovic is the ninth player to win the Barclays ATP World Tour Finals at least twice. He beat Nikolay Davydenko for the 2008 title in Shanghai.

The 25-year-old Serbian star clinched the year-end no.1 ranking for a second straight year. He is the first player to finish no.1 in back-to-back seasons since Roger Federer from 2004-07 and the ninth player to accomplish the feat since 1973.

Before going on holidays, Novak will play two exhibition events: on November 14 in Bratislava with ATP Newcomer of the Year Martin Klizan, and on November 17 in Rio de Janeiro with former world no.1 tennis star Gustavo Guga Kuerten.