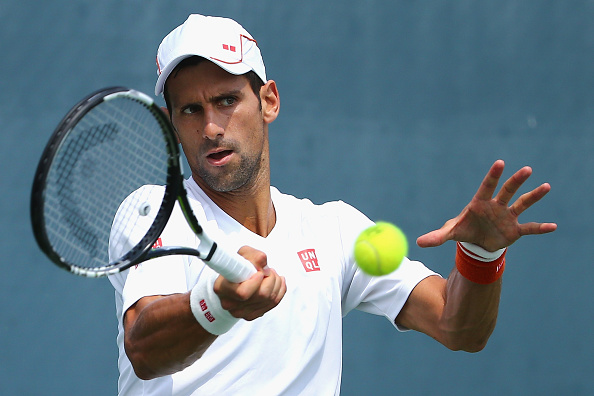 The rain-interrupted match lasted one hour and 40 minutes. It was the first career encounter between the two players.

Novak was broken in the seventh game, but he broke back immediately to level at 4-all. The top-seeded Serbian star had failed to convert seven break/set points in the 15-minute tenth game, before capitalising on his chance two games later.

Djokovic earned a 2-0 lead in the second set. The Frenchman fought back to level, but Nole won the next four games to seal the win.

“The instructions I got from my coach was ‘expect the unexpected,’ and that was the case,” said Novak. “He hits a lot of dropshots. He’s got a great backhand. He’s got a good serve. You couldn’t really predict what kind of shot comes your way, a slow spin ball or a fast flat one. So I had to stay alert all the time.”

Nole improved to a 53-4 record on the season, which includes six titles. The 28-year-old Belgrade native is seeking his first Cincinnati title. It is the only ATP World Tour Masters 1000 tournament he has not won.