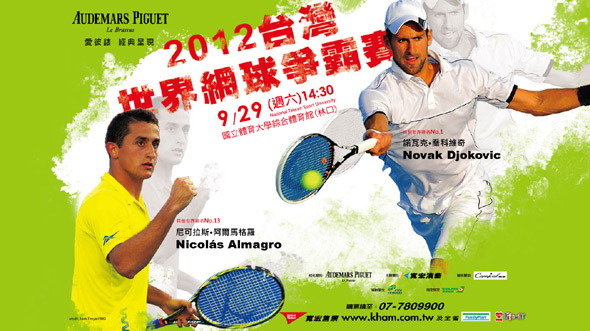 Three weeks after the last Grand Slam of the season – US Open, Novak will open his 2012 Asian swing campaign in Beijing.

Before that, the world no.2 will play an exhibition match with Spaniard Nicolas Almagro in Taiwan on Saturday, September 29.

ATP World Tour 500 event in Beijing will take place from October 1 to October 7. Nole was champion of China Open in 2009 and 2010. Last year he skipped the tournament due to injury.

Novak did not participate at the Shanghai Rolex Masters last season. The ATP World Tour Masters 1000 tournament will be played from October 8 to October 14. In both previous appearances, in 2009 and 2010, Nole reached semi-finals.

Novak will have a good chance during the next few weeks to get back to world no.1. Last year he reached semis in Basel, quarter-finals in Paris and scored one Round Robin win at the Barclays ATP World Tour Finals. That’s 560 ATP points in total (Roger Federer has 3000 points to defend till the end of the season).