Nole’s interview after victory over Federer 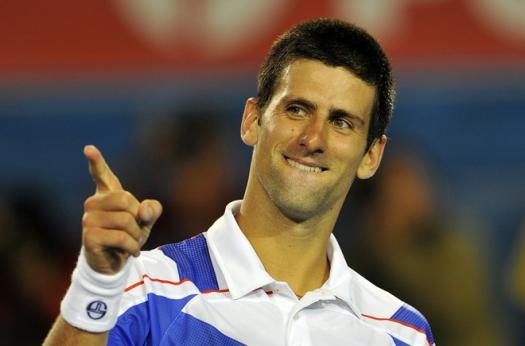 Exactly three years ago, on January 27, 2008, Nole defeated Jo-Wilfried Tsonga in the finals of Australian Open, and lifted his first Grand Slam trophy.

On Sunday, January 30, the world no.3 will again fight for the title on Rod Laver Arena . He earned that opportunity with a fantastic 7-6(3), 7-5, 6-4 semifinal victory over four-time defending champion Roger Federer.

“Overall, it was a great performance,” said Djokovic after the match. “I’m very happy with the way I played. I was feeling extreme pressure. It’s one of the best matches I’ve played in a while. I had to take my chances. Second set I was a break up and after 20 minutes I was 5-2 down. If I had lost that set God knows what direction the match would go.”

“I stayed very calm and focused after losing my serve at 4-3 (in the third set) and managed to re-break and then serve it out really well. It’s a great and encouraging fact that I can rely on my serve in the important moments; that gives you a little bit of the relief and advantage. I’m just happy to overcome the tough moments to play my best tennis.”

“Already (being in the) finals is a great result, great achievement,” added Nole. “I want to win it again. I believe I can. Hopefully I can pull up the best tennis. This is the only Grand Slam I won, and again, this year I’ve been playing great, losing only a set before the finals. That shows that this surface is really suited to my game.”

Looking ahead to the clash, Novak said: “Maybe you would put Murray as a slight favourite, but Ferrer has been showing maybe his best tennis on hard-courts lately. He’s playing well, so he’s going to give his best. Definitely it’s going to be interesting to see who is going to prevail. I look forward to watching the match from my bed with some popcorn.”

“I thought he played a great match. I didn’t think I played bad myself, so it was a match played at a very high intensity for a long period of time. Clearly it’s disappointing to lose, but what to do if he plays well on the big points, and potentially maybe I didn’t. It was a tough match. I think he managed the conditions well. He deserved to win at the end.”