Nole’s tournament schedule for the first three months in 2015 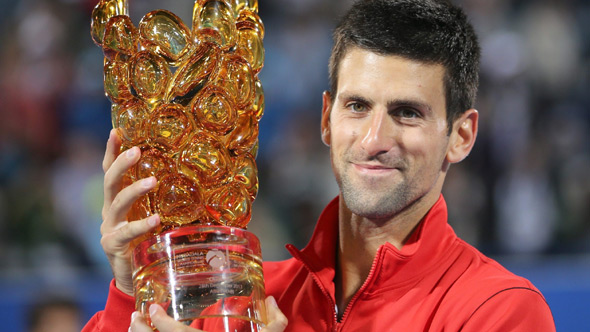 Novak will open new season in UAE on January 2, at the Mubadala World Tennis Championship, the exhibition bringing the world’s top players to Abu Dhabi.

Last year, Nole beat Spaniard David Ferrer 7-5, 6-2 in the final, becoming the first player to win three crowns. The world no.1 maintained his unbeaten record at the event which he also won in 2011 (d. Ferrer) and 2012 (d. Almagro).

Novak will then head to Doha where he will make his debut at the Qatar ExxonMobil Open, an ATP World Tour 250 tournament (January 4-10).

The first Grand Slam of the season – the Australian Open, begins on Monday, January 19, at Melbourne Park.

Novak will lead 2010 champion Serbia in a home Davis Cup by BNP Paribas first round tie against Croatia (March 6-8).

Djokovic will then go back on American hard courts looking to continue his dominance.

The event at the Indian Wells Tennis Garden will be played from March 12-22, while the Miami Open presented by Itaú takes place from March 25 to April 5.