French Open: Novak into second round with straight sets win 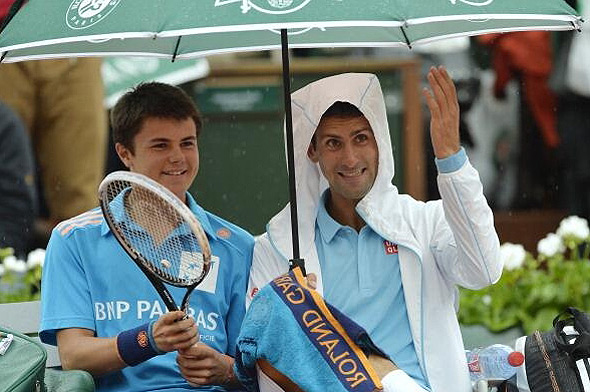 World no.2 Novak Djokovic began his 2014 Roland Garros campaign on Monday, beating no.44-ranked Joao Sousa of Portugal 6-1, 6-2, 6-4 on Court Philippe Chatrier in one hour and 50 minutes.

The match was disrupted by rain, but the second seed and 2012 runner-up kept his cool to seal his 25th match win in 28 matches this year.

Novak broke his rival eight times from 15 opportunities, and saved seven of 10 break points he faced during the first round meeting.

“I played, for most of the match, quite solid,” said Novak. “The end of the match was not so nice from my side. I dropped my serve twice.”

Next up for Novak is Jeremy Chardy (42). The Frenchman defeated Daniel Gimeno-Traver in straight sets earlier in the day.

The 27-year-old Serb will take a perfect 8-0 career record into their second round encounter on Wednesday.

“Chardy had a big win against Federer in Rome, so I’m sure he’s very motivated to play his best. But I have been looking forward to this tournament for a long time. I’m in a good form, and hopefully I can use that against Chardy.”