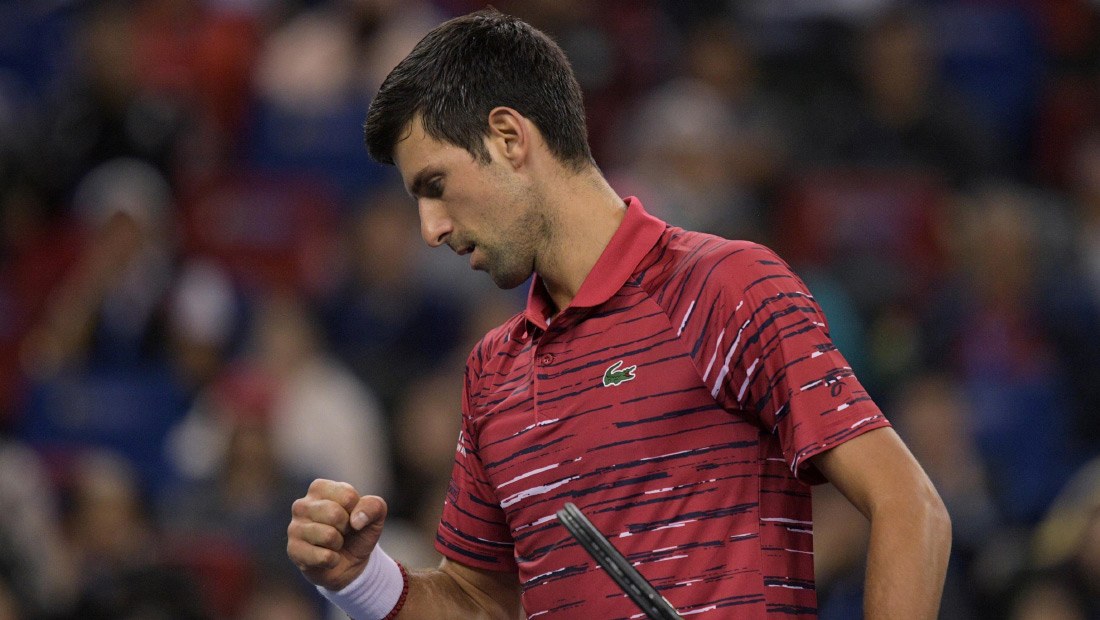 World no.1 and defending champion Novak Djokovic defeated 15th seed John Isner 7-5, 6-3 to reach the quarter-finals at the Rolex Shanghai Masters on Thursday. The match lasted 1 hour and 14 minutes.

The Serbian star improved to a 10-2 career mark against the big-hitting American.

Novak continued his great form in Asia. He put on returning masterclass from the beginning of the match. Both players held their serves until the 12th game of the opening set, when Nole made a break to take it 7-5 after 41 minutes.

A break in the second game of the second set was enough for the Belgrade native to seal the win.

“It’s always a big challenge returning the serve of Isner,” said Djokovic. “He’s got one of the biggest serves of all time. He’s one of the tallest guys ever to play tennis. Obviously, with that height, the serve is a huge weapon and huge advantage. I managed to read his serve and find a good position on the return, at the end of the first set and also at the beginning of the second. I won five games in a row, and that was the key, having a break each set, and then I held my serve. I thought it was one of the best serving matches I had lately.”

Novak, who is top seed and four-time titlist at the Masters 1000 event, will next play no.6 seed Stefanos Tsitsipas (1-1 H2H mark). The Greek eliminated Hubert Hurkacz in three sets.