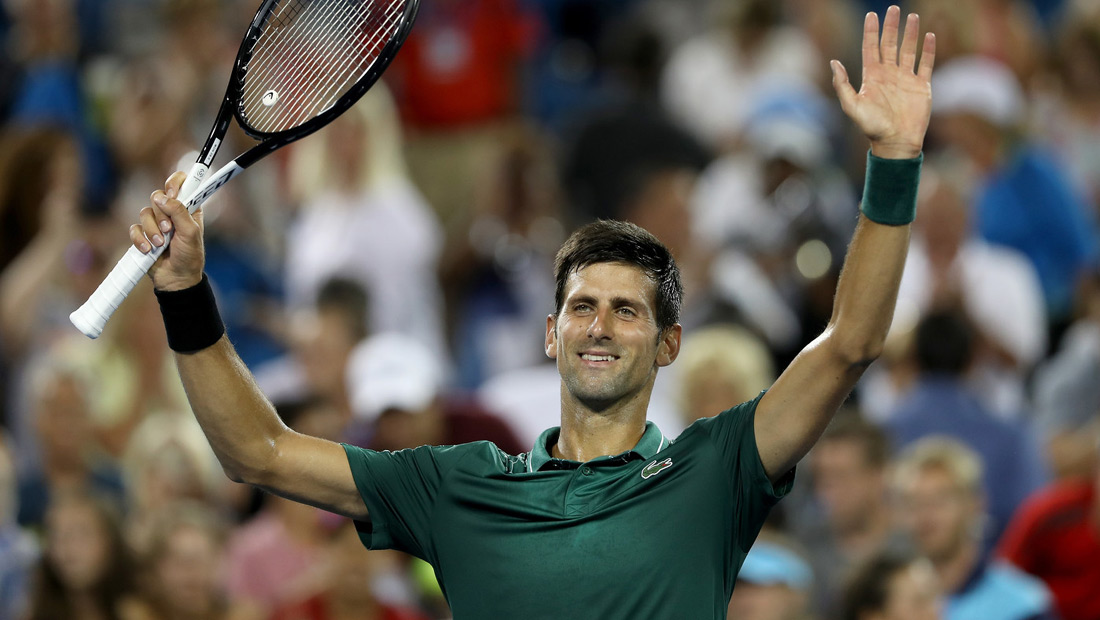 Nole is through to his sixth Cincy final and is one win from history!

Djokovic advanced to his sixth Western & Southern Open final in two hours and 32 minutes, breaking his rival four times from eight opportunities and saving nine of 12 break points he faced.

Cilic handed Novak his first break in the third game, sending a sliced backhand wide. Nole faced break points in the sixth and tenth games before wrapping up the opener.

The Croat quickly put that set behind him to race into a 3-0 lead at the beginning of the second. A double break put him firmly in control of the set and, despite allowing Novak to break back once, Cilic levelled the contest.

Djokovic took the initiative in the decider and broke for a 3-1 lead, but a double fault from the Belgrade native saw his opponent break immediately. The Wimbledon champion quickly regained focus and made a crucial break for 5-3, then converted his second match point to move one victory away from the only ATP Masters 1000 title he’s never claimed.

“Yesterday at 4-3 in the third, today at 4-3 in the third, both times I made crucial breaks,” said Djokovic. “But, I wasn’t just closing my eyes and going for the shots. I was trying to tactically play smart and strategically play the certain shots that will put me in a better position than my opponent. When you play guys like Cilic and Raonic, you have to be lucky to anticipate their serve, try to block it, try to put it in play, and again, develop a point in a way which will allow you to win it. Today I made a passing shot down the line, which was quite awesome, and I was lucky to hit the line. That one point, one shot, decided a winner of the match today. That’s how close it was, so not much has really separated us.”

Djokovic leads their head to head 23-22, but the one place where he hasn’t conquered Roger is in Cincinnati. They’ve played three finals at the Western & Southern Open, and the Swiss has won all of them.

The Serbian star is bidding to lift first ATP World Tour Masters 1000 trophy this year, 31st overall. He will look to become the first player in the Open Era to secure the complete set of Masters 1000 titles.