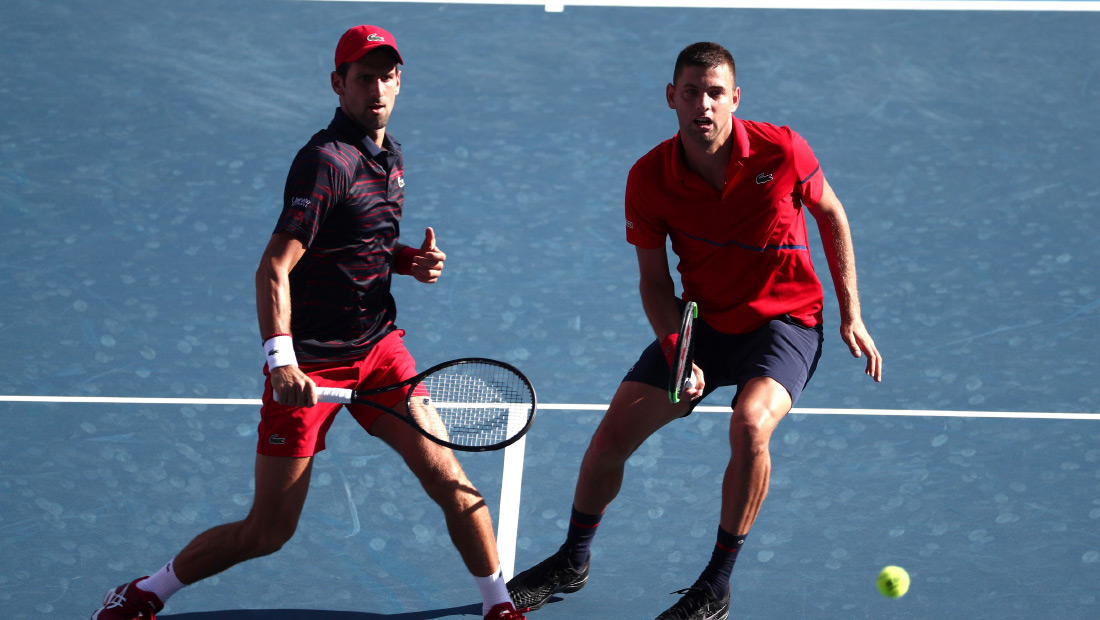 Novak Djokovic and his fellow Serbian, Filip Krajinovic, advanced to the second round at the Rolex Shanghai Masters with a 6-3, 3-6, 10-3 victory against no.5 seeds and French Open winners, Kevin Krawietz and Andreas Mies, on Tuesday.

Novak and Filip made a break in the fourth game of the opening set. Their German rivals capitalised on a break point they earned in the second set to force a decider, but it was Djokovic/Krajinovic duo who grabbed the win following a dominant display in match tie-break.

They will next take on either British pairing Jamie Murray/Neal Skupski or Chinese wild cards Xin Gao/Zhe Li.

The top seed and defending champion in singles begins his quest for 34th Masters title in the second round against Canadian Denis Shapovalov (Wednesday).