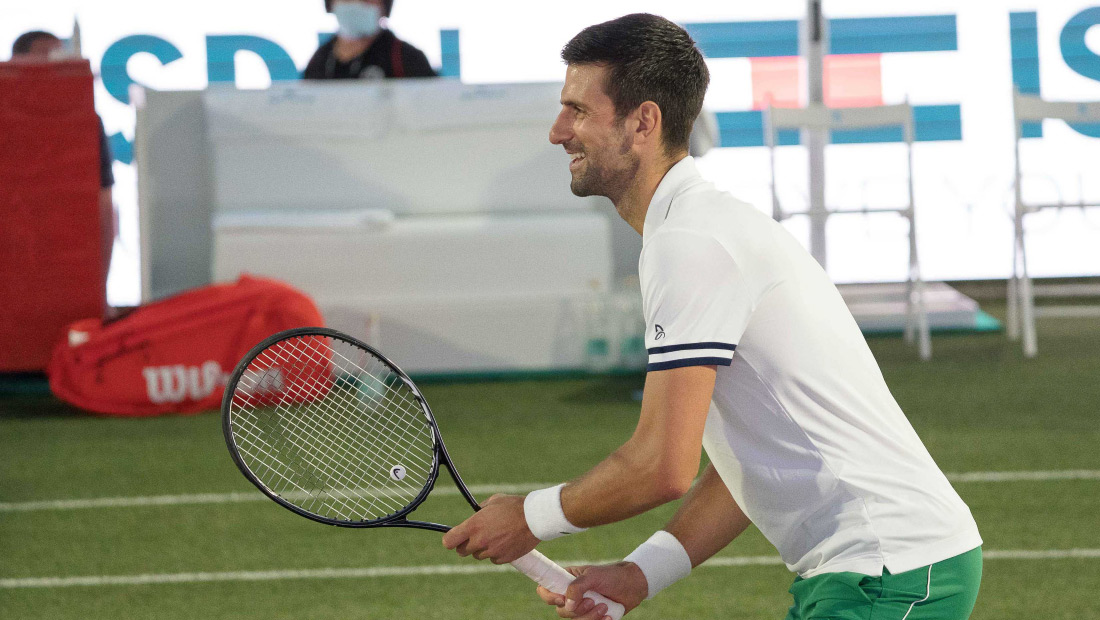 Novak and Gomez-Herrera advance to QFs in Mallorca

Tomislav Brkic (BiH) and Nikola Cacic (SRB) took the first set with a 12th game break, but the Serbian/Spanish duo fought back to clinch the second 6-4 and force a decider. The wild cards had saved two match points before sealing the victory 13-11 in a match tie-break.

“We had a lot of fun on the court, I must say,” Djokovic said in an on-court interview. “Xarly is a longtime friend my brother and I, we’ve known each other for almost 15 years. We’ve played only once together and we lost that only match. This one was very, very close, but it was an amazing experience.”

In the ATP 250 tournament quarter-final, Novak and Carlos will take on top seeds Marcel Granollers (ESP) and Horacio Zeballos (ARG).

The new event is a part of the 2021 grass-court swing, a warm up competition leading up to The Championships at Wimbledon.