Novak and Viktor successful in the first round of doubles! 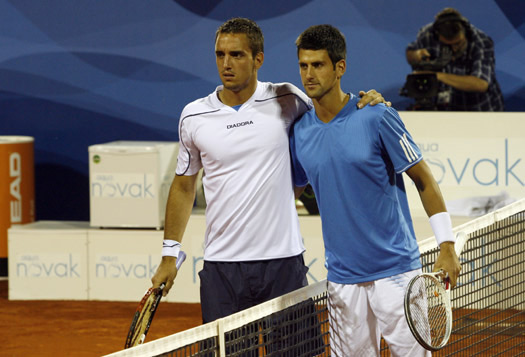 Novak Djokovic and Viktor Troicki advanced to the second round of Monte-Carlo Masters tournament in the doubles competition.

Djokovic and Troicki made two breaks in the first set for convincing 6-1.

Novak and Viktor first made a break in the second set, but their opponents broke back. The crucial moment was the eleventh game when the Serbs made a decisive break for a place in the next round.

Djokovic and Troicki will play against Moodie/Norman.

Novak will play his second round match in singles on Wednesday, against either Florent Serra or Stephane Robert (both from France).