Novak back in action in Kooyong! 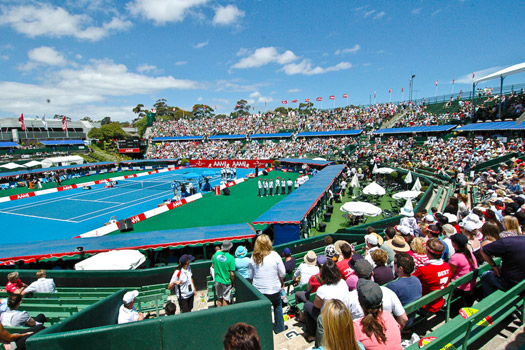 The best Serbian tennis player will start his eighth professional season on January 13, 2010 at the exhibition tournament in Kooyong, a suburb in Melbourne.

Novak is making his first Kooyong appearance. The 22-year-old is the highest ranked player in the field. He will be joined by Juan Martin del Potro, Jo-Wilfried Tsonga, Fernando Verdasco, Robin Soderling, Fernando Gonzalez and Tommy Haas.

The 22nd “AAMI Classic” at Kooyong will traditionally last four days (January 13-16). Eighth spot is being kept for defending champion Roger Federer. World no.1 has not yet decided on his Australian Open preparation.

The draw will be available on Tuesday, 12th January.

It’s a warm-up event for next year’s Australian Open, the first Grand Slam of the season, which begins on Monday, January 18, at Melbourne Park.

Novak’s tournament calendar for the first five months of 2010: