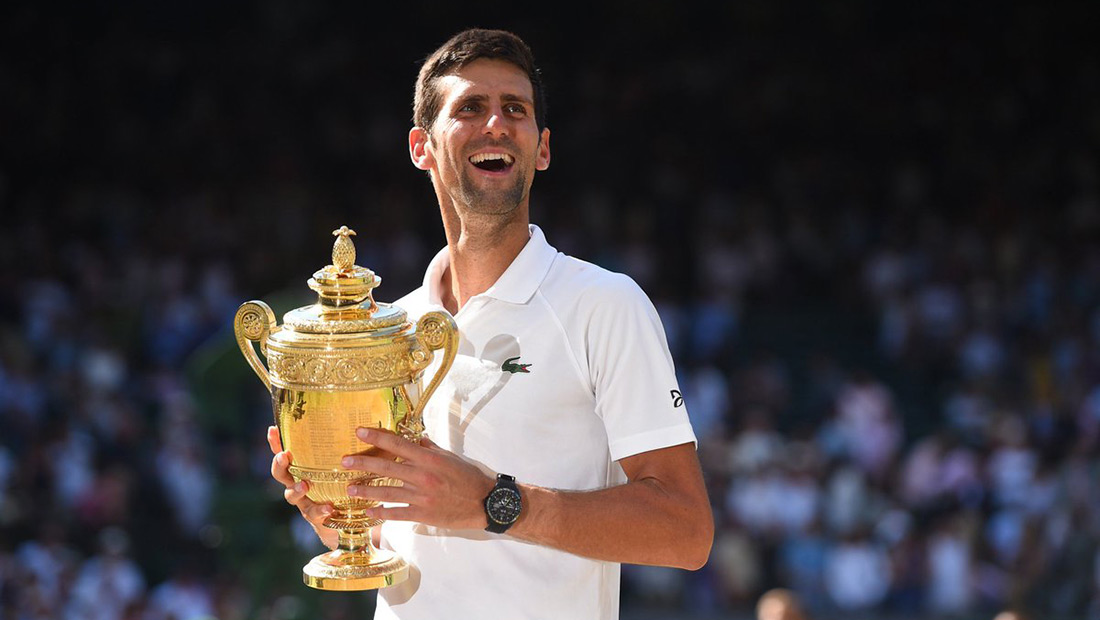 Nole is the 2018 Wimbledon champion!

No.12 seed Novak Djokovic won his fourth title at the All England Club, his first major in 25 months, defeating no.8 seed Kevin Anderson in straight sets 6-2, 6-2, 7-6 (3) on Center Court on Sunday.

Though both players survived thrilling, long semi-final encounters to reach the title match at 132nd edition of The Championships, Nole looked fresh and determined.

Novak quickly picked up steam, and proved too strong for Anderson. He surged to a 2-0 lead breaking his rival’s serve twice in the first and second sets. The third set was a closer affair. Djokovic had to save five set points before forcing a tie-break in which he got the momentum on his side. He got himself to match points and finished it off, sealing an emotional win and bringing the tournament to an uplifting conclusion.

The Belgrade native was 100% successful on break point opportunities (4/4), and he saved all seven break points he faced during the two hour, 19-minute clash.

Djokovic and Anderson have crossed paths on seven occasions on the professional circuit, with the H2H now standing at 6-1.

“I would like to congratulate Kevin, because he has had such a run. He didn’t play his best for two sets, but for the third set he was the better player and I was quite lucky to get through,” said Novak. “I owe a great thanks to my team, to everyone who has been supporting me. I had surgery and was absent from the Tour for sixth months, I had many moments of doubt and didn’t know whether I could come back to the level to compete. There is no better place in the world to make a comeback. This is a sacred place for tennis, so this is very, very special. I’ve had the privilege to be part of this final five times and won four titles. I am trying to enjoy the moment, cherish it with everyone close to me and everyone around the world.”

The victory means Novak will return to the Top 10 in the ATP Rankings on Monday, and it also boosts his chances of qualifying for the Nitto ATP Finals, the season finale at The O2 in London (November 11-18).

This is Nole’s 69th singles title overall and first trophy in 2018.

After a couple of weeks off, Novak will begin preparations for the US Open Series (Rogers Cup in Toronto, Western & Southern Open in Cincinnati and the last Grand Slam in 2018 – the US Open).