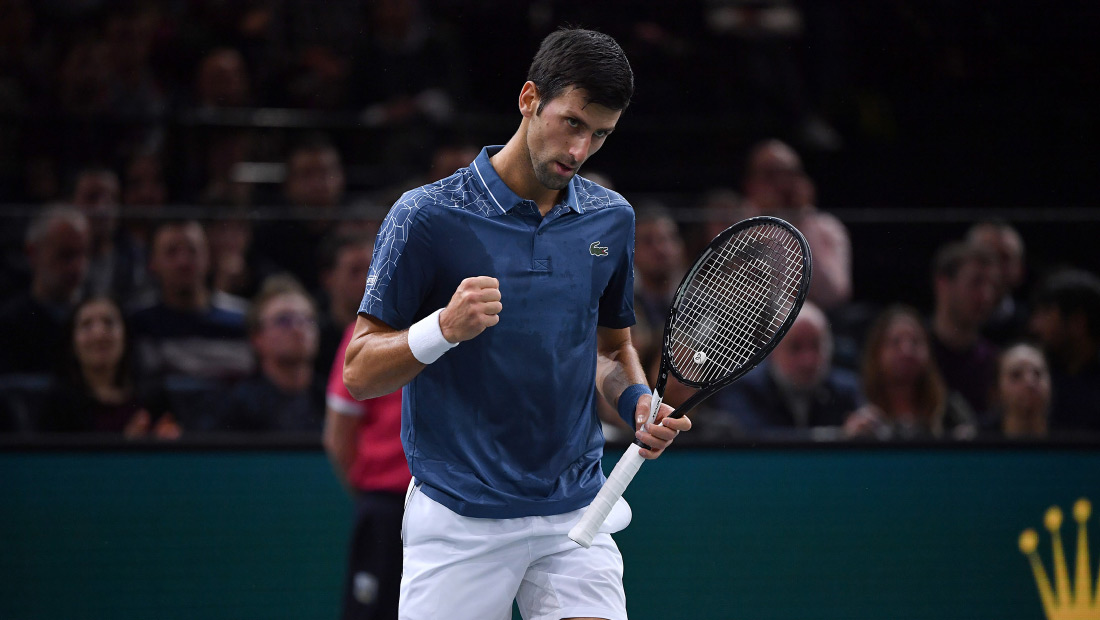 Nole is through to the Paris Masters final!

Novak Djokovic and Roger Federer met for 47th time in a thrilling encounter on Saturday in the Rolex Paris Masters semi-final. The second seed recorded a 7-6 (6), 5-7, 7-6 (3) victory and improved to 25-22 in their rivalry.

Federer saved five break points in a gripping first set that went to a tie-break. Djokovic fought back from 2-4 behind and seized the initiative, denying a set point and sealing the opener in 71 minutes.

The players remained on serve throughout the second set, until game 12 when the Swiss came up with a late break and sent the match to a decider.

Novak failed to convert four break points in the third set, but played a great tie-breaker to emerge the victor after three hours and two minutes of a great battle.

“It was a spectacular match. We had epic matches throughout our rivalry but this one definitely ranks as one of the best matches we played,” Novak said. “We went toe-to-toe. High quality tennis.”

Nole came on top despite having 0/12 break point conversion rate. Both players won 74% of points on first serve.

Djokovic, who will return to no.1 on Monday, is one win shy of tying Rafael Nadal’s record with 33 ATP Masters 1000 titles.

The reigning Wimbledon and US Open champion will be looking to lift 73rd trophy of his career and fifth in 2018 against the first-time Masters 1000 finalist.