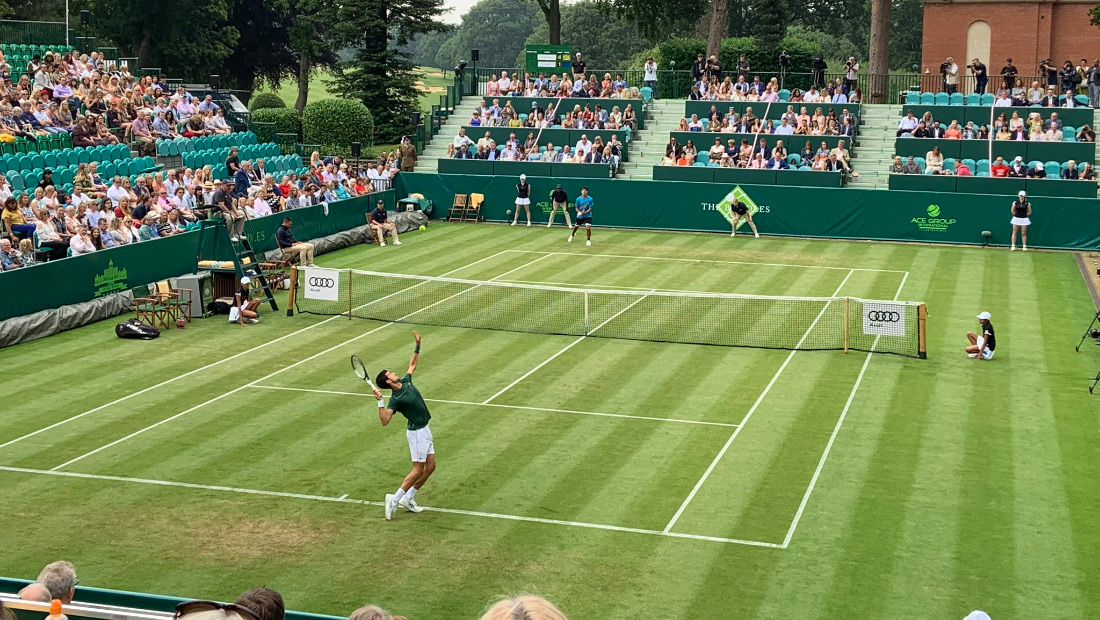 Novak returned to The Boodles tournament, the traditional Wimbledon warm-up event at Stoke Park in Buckinghamshire, to finalise preparations for the defence of his Championships title.

Nole made a confident start, breaking his rival twice for a 4-0 advantage, and went on to take the first set.

Garin broke first in the second set to clinch a 4-2 lead, but the Serbian star responded strong by winning the next four games.

The world no.1 will play his second match on grass on Wednesday at 15:30 CET, when he faces Canadian Denis Shapovalov.