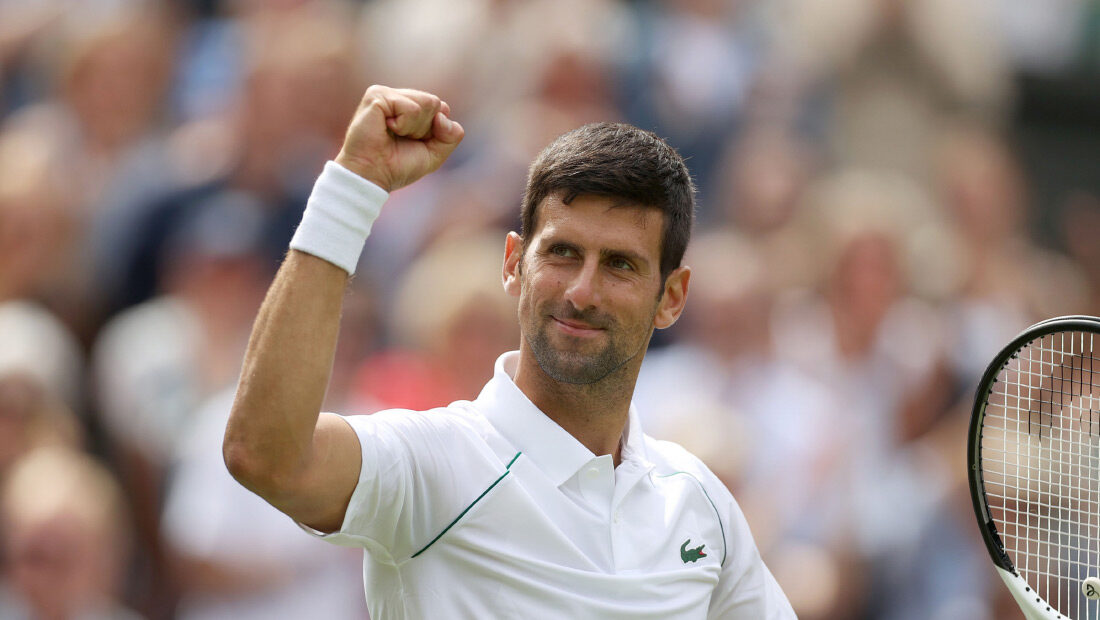 Defending champion Novak Djokovic defeated fellow Serb Miomir Kecmanovic in straight sets as he continued his pursuit of a fourth successive Wimbledon title with a 6-0, 6-3, 6-4 victory on Friday.

The top seed needed just one break of serve in the second set and he broke twice in the third set to lead 5-2. He was broken for the first time in the match serving for the win. It only delayed the inevitable, as Nole served it out two games later.

“I think I’ve been playing better and better as the tournament progresses,” said Djokovic in his on-court interview. “That’s something that you always wish for as a player, that every match that you play you raise the level of tennis up a notch at least, and I think that is what is happening at the moment. I know I can always do better. I always expect the highest from myself, but I think so far, so good, and looking forward to the next challenge.”

Novak will take on Dutch wild card Tim van Rijthoven next. Their first career meeting is scheduled on Sunday.