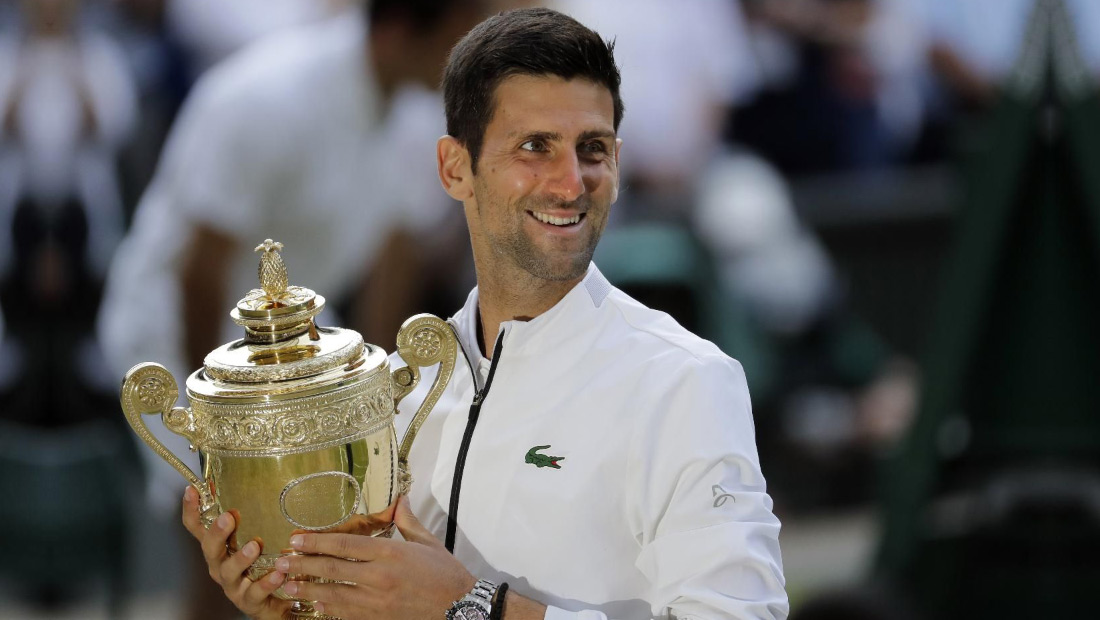 The 32-year-old Serb claimed his fifth Championships crown with a four hours, 57-minute win on Centre Court, adding to his 2011, 2014, 2015 and 2018 triumphs at the All England Lawn Tennis Club. It was the longest ever Wimbledon final.

The legendary rivalry between Nole and Roger got another chapter when the two tennis greats faced off for the 48th time in highly anticipated final. Djokovic now leads Federer 26-22 in their ATP H2H series.

Novak won the first and the third set tie-breaks that saw no breaks of serve, while the Swiss was more dominant in the second and fourth sets.

Djokovic broke for 4-2 advantage in the deciding set, but the Basel native broke back immediately. The Swiss converted his break point chance to take an 8-7 lead, and had two championship points at 40/15 on serve, but Nole held his nerve to save both and then broke back, eventually taking it to the new tie-break at 12-12.

A volley error by Federer on the third point of the tie-break handed the early advantage to the top seed and he kept the lead till the end to join Bjorn Borg and Laurence Doherty as a five-time Wimbledon champion.

“I think this was if not the most exciting and thrilling final I was part of, then definitely top two, three against one of the greatest players of all time, Roger, who I respect a lot,” Novak said. “Unfortunately in this kind of matches one of the players has to lose. We both had our chances and it’s quite unreal to be two match points down and come back. It’s a bit strange to play a tie-break at 12-12 as well.”

It is Novak’s third trophy in 2019, after triumphing at the Australian Open and the Mutua Madrid Open, and 75th career title.

Djokovic became the second player after Nadal to qualify for the 2019 Nitto ATP Finals, to be held at The O2 in London from 10-17 November.

Novak will have four weeks to rest and prepare for the North American hard court season. He decided to skip Rogers Cup in Montreal in order to give his body longer rest and recovery time before coming back again to play. He will next take part at the Western & Southern Open (August 11-18).

Djokovic claimed historic Cincinnati crown in 2018 to become the first singles player to achieve Career Golden Masters. The Serbian star clinched his first title in Ohio with a 6-4, 6-4 win over Roger Federer in the final.