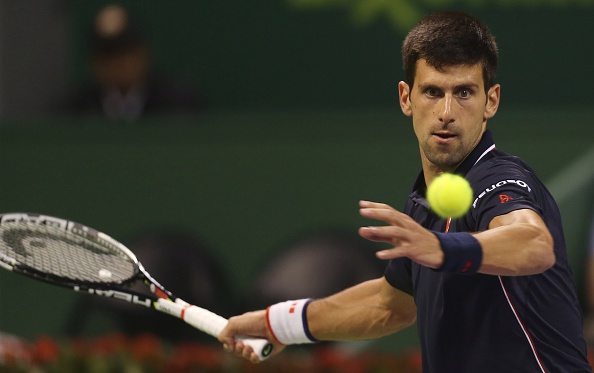 Novak continued bid for his first title in 2015 with a 6-2, 6-1 victory over Sergiy Stakhovsky of Ukraine at the Qatar ExxonMobil Open on Wednesday.

The world no.1 broke twice in each set to advance in 61 minutes.

Djokovic won 86% of his first service points and saved all three break points he faced during the fourth meeting between the two (4-0).

The top seed will next face seventh-seeded Ivo Karlovic who defeated Georgian qualifier Nikoloz Basilashvili 7-6, 6-3. They are tied in career H2H, 1-1.

Ahead of the clash with the big-serving Croat, Nole said: “The key is to try to get as many returns back in play. There will probably be some games where he’s going to serve two, three aces. I have to accept that. In these particular matches when you play somebody that serves that well, one of the best all-time servers in tennis history, you need to wait, be patient and hope that you can capitalise on the opportunities when they are presented and also be prepared for at least one tie-break.”

Novak and Filip Krajinovic eliminated no.3 seeds Juan Sebastian Cabal and Robert Farah of Columbia in the quarter-finals of the doubles competition. The Serbian pairing recorded a 6-3, 7-5 win and will take on Spanish/Argentine duo of Rafael Nadal and Juan Monaco for a place in the final.