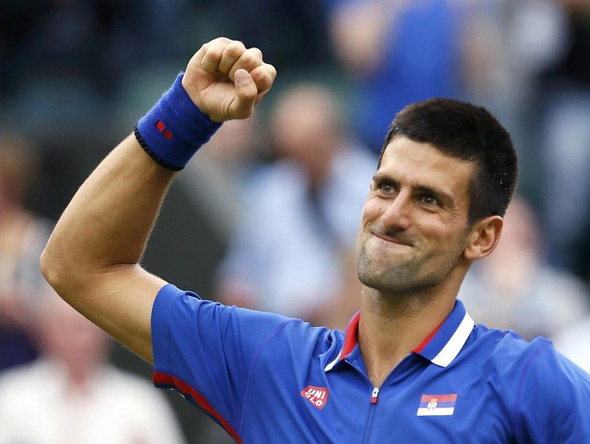 Nole continued his quest for an Olympic Games medal in brilliant fashion on Tuesday.

2012 Australian Open and Miami champion booked his place in the last 16 of the singles tennis competition with a convincing 6-2, 6-1 win over USA’s Andy Roddick at All England Club, Wimbledon.

The 25-year-old Belgrade native hit 14 aces and 34 winners, converting all four break point opportunities for victory in just 54 minutes, under the closed roof on Centre Court.

Nole left little chance for the American, nullifying his biggest weapon with masterful returns. He broke twice in each set for fourth win in their nine career meetings.

“It was the perfect match in every sense,” said Novak. “I delivered my best game, I think, so far this year on grass courts. I didn’t expect to serve as many aces, but both of my matches that I’ve played here I’ve served really, really well. So that’s something encouraging for the next challenge.”

Second-seeded Serbian is making his second appearance at Olympic Games.

The 2008 Beijing bronze medalist will next play another former world no.1, currently no.159 in the ATP rankings, Lleyton Hewitt.