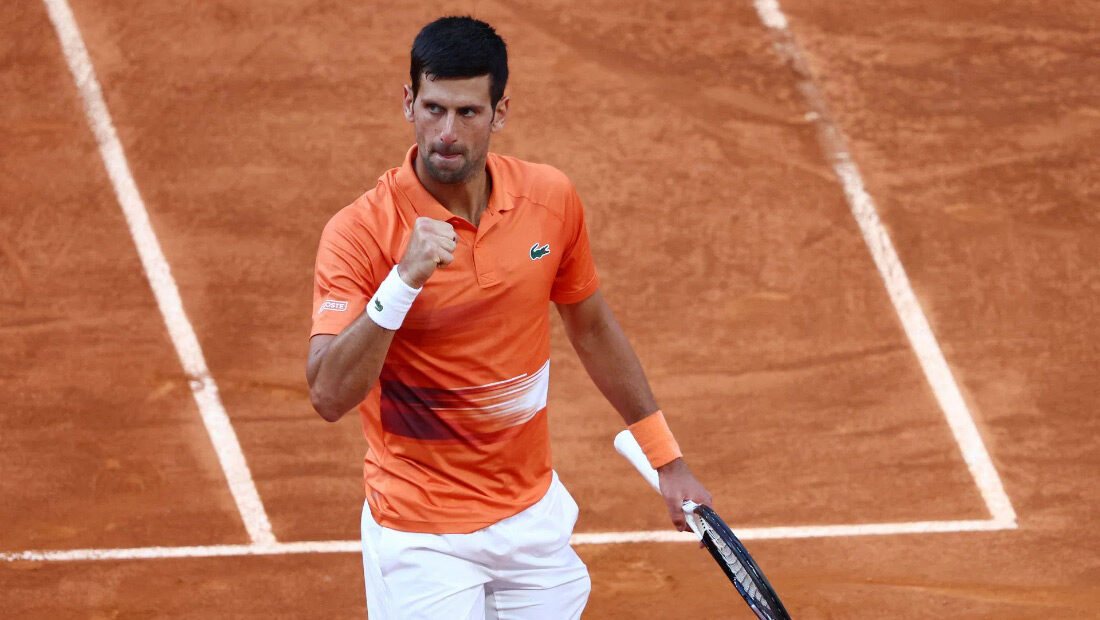 Nole is one win shy of his 1000th career victory.

The Serbian star continued the quest for his sixth trophy at the Internazionali BNL d’Italia, recording a hard-fought 7-5, 7-6 (1) win over the 21-year-old Canadian in two hours and nine minutes.

It was the pair’s first ATP Tour H2H encounter.

Stunning level of tennis and a brilliant match from both players. Novak broke first to grab a 5-3 lead, but failed to serve out the opening set. Auger-Aliassime fought back, but the world no.1 eventually closed out the first set battle three games later.

Novak was 5-2 up in the second set before allowing his Canadian rival to break back again. Despite great resistance in the thrilling contest, Felix could not match Djokovic’s impeccable game. Nole played a flawless tie-break to wrap up the match.

“I thought it was high-level tennis,” Djokovic said in his post-match interview. “He did ask me to raise the level and I had to play consistently well. I thought I could have finished the job earlier… but credit to Felix for fighting back. Amazing atmosphere as well tonight. He’s got a lethal serve, honestly… He’s hitting his spots in the box incredibly well with the serve, and it was not easy for me at all to return. He’s also returning well, he’s moving well. He’s a complete player.”

Novak will face Casper Ruud in a rematch of the 2020 Rome semi-finals (Saturday at 19:30 CET). They also met in the 2021 Nitto ATP Finals in Torino. The Belgrade native won both matches in straight sets.

Earlier in the day, the fifth seed from Norway claimed his place in the semi-finals with a 7-6, 7-5 win over Denis Shapovalov.

Looking ahead to the next challenge, Nole said: “Great quality opponent again. Clay-court specialist, but he has improved a lot in other surfaces, played the final of Miami this year. Just a very hard worker, nice guy. We practise a lot and get along well off the court. Tomorrow obviously on the court we want to win against each other, no doubt… Hopefully I can play as well as I did tonight.”