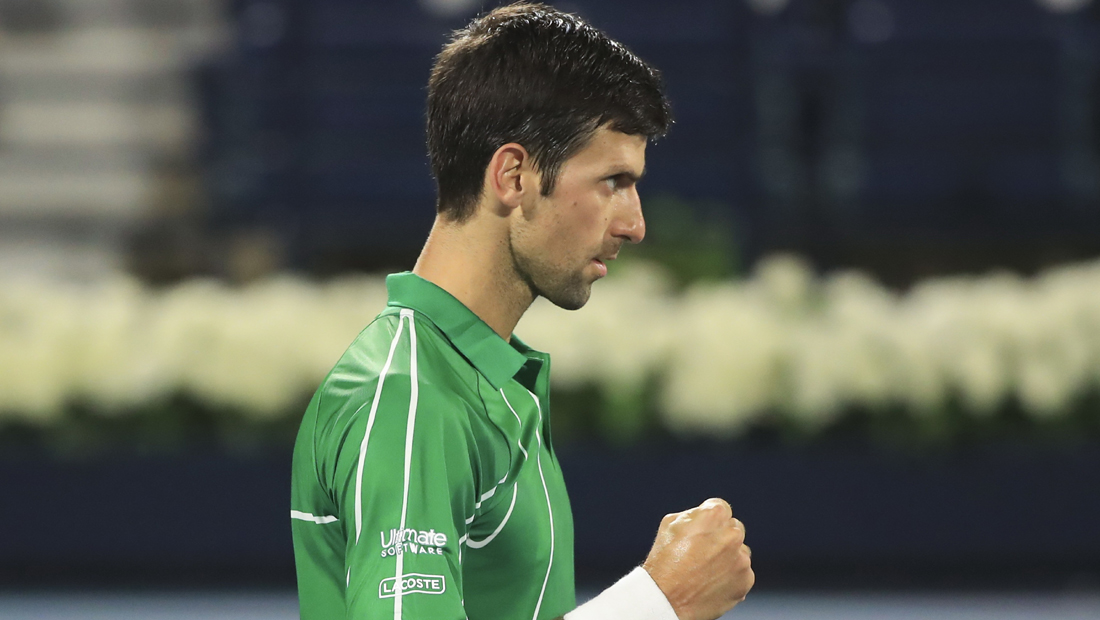 Another nearly-flawless match from Nole in Dubai.

The top seed, who is biding to win his fifth title at The Aviation Club Tennis Centre, recorded a 6-2, 6-2 win over Russian Karen Khachanov in 67 minutes.

Novak raced to a 5-1 lead after just 20 minutes of play, but was then broken as he served for the set. Khachanov’s mini-resurgence didn’t last long, as Nole broke him once again immediately to grab the opening set.

The second set proved to be a one-way traffic for the Serbian star. The world no.1 broke the Russia’s seventh seed in the fourth and eighth games, outplaying his in-form rival in emphatic fashion.

“I’m feeling and playing well,” said Djokovic. “I like the conditions, but in windy conditions it’s not easy to serve and find rhythm. I know it wasn’t Karen’s day, but I think I played a very solid match. I’m trying to execute my game plan.”

Novak will next play against no.3 seed Gael Monfils who defeated his compatriot Richard Gasquet in straight sets, 6-3, 6-3.