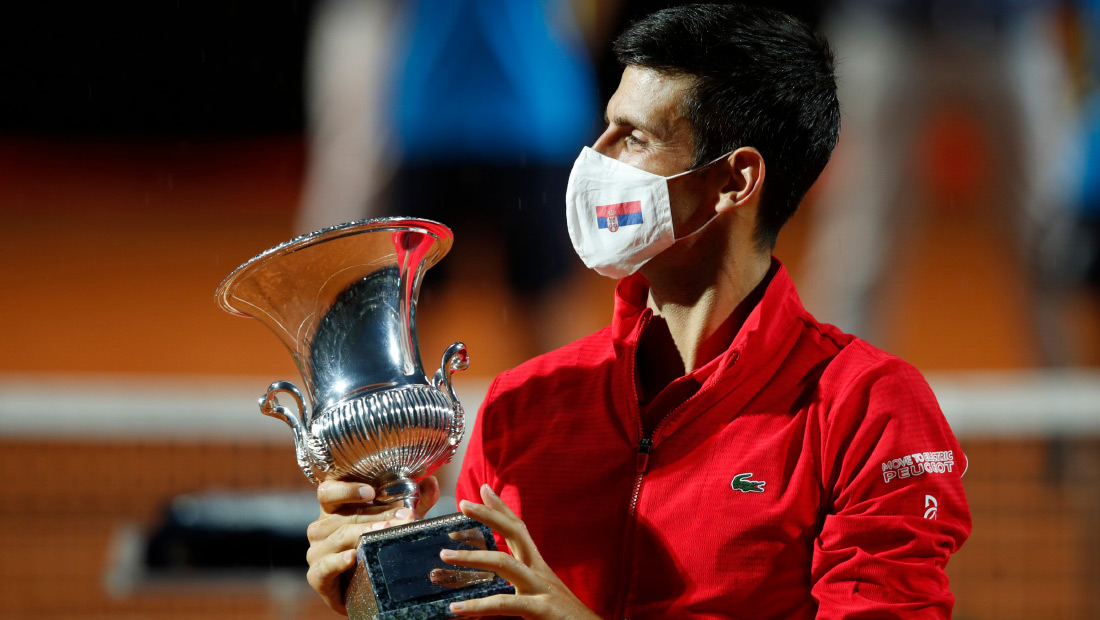 By becoming the 2020 Internazionali BNL d’Italia champion, Nole overtook Rafael Nadal at the top of the list for Masters shields.

The 33-year-old Serbian star lifted his fourth title of the season, adding to the Australian Open, ATP Dubai and Cincinnati Masters crowns. He also won the inaugural ATP Cup with team Serbia.

Though Schwartzman got off to a flying start on Centrale, breaking Novak twice for 3-0 lead, the Serb went on a four game run to take a 4-3 advantage, then converted one more chance in the 12th game to take it 7-5 after 71 minutes of play.

The two had traded breaks early in the second set, before Djokovic broke to love in the eighth game and then earned three consecutive championship points serving at 5-3. He used the third opportunity to serve out the match.

“It was a great week. A very challenging week. I don’t think I played my best tennis throughout the entire week, but I think I found my best tennis in the decisive moments today, yesterday and in practically every match,” said Novak. “It definitely makes me very satisfied and proud that I managed to find that fifth gear when it was most needed. Turning to Paris, I couldn’t ask for a better tournament here in Rome. Another big title and I am super pleased with it.” 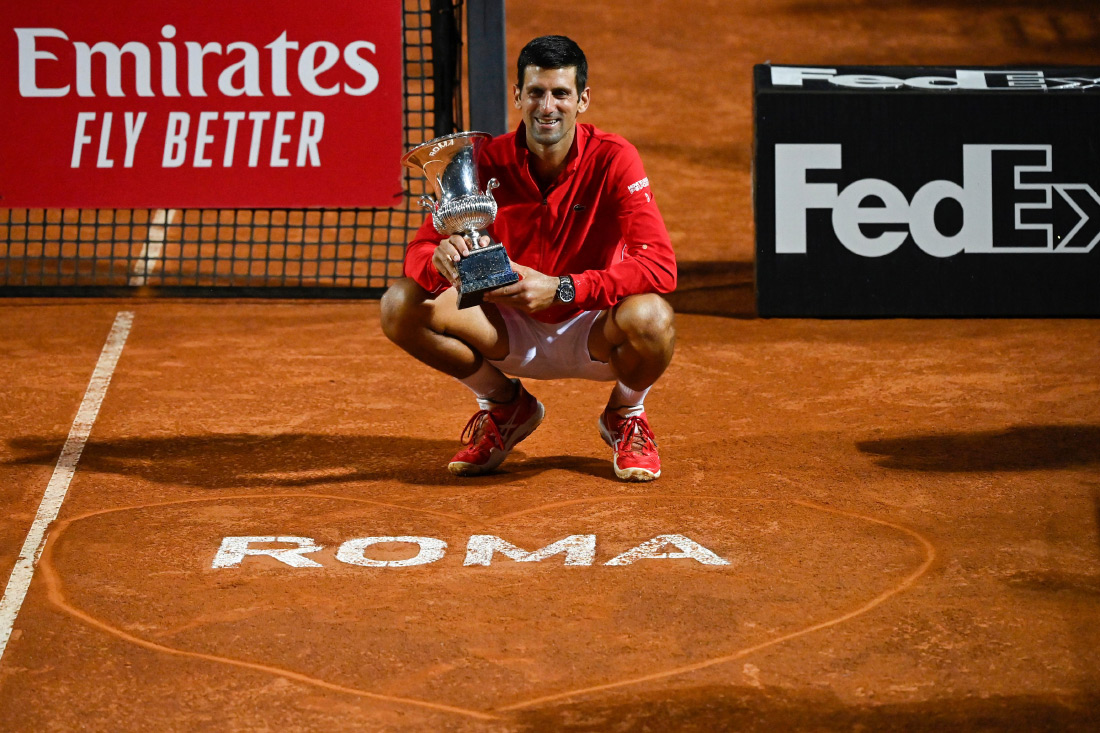 Having begun his 287th week at the summit of men’s professional tennis, Nole has reached another milestone today. He surpassed Pete Sampras (286) and has only Roger Federer (310) in his sights.

Djokovic will next head to Paris, France, for the third Grand Slam of the season, the Roland Garros (September 27-October 11), where he was victorious in 2016.

The 2020 edition of the only clay court Major tournament was moved to September due to the COVID-19 pandemic.