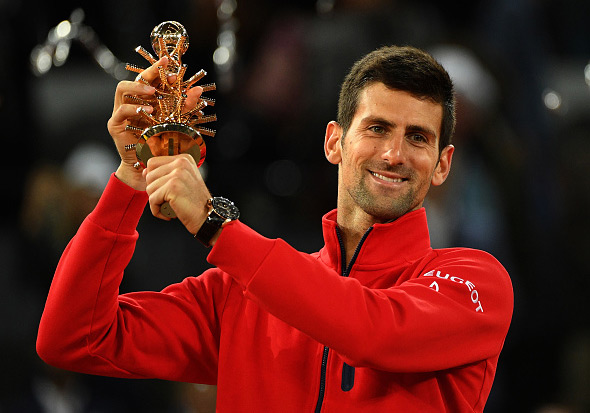 It is his fifth tour-level title in 2016, also including Doha, Australian Open, Indian Wells and Miami trophies.

Novak produced remarkable display in the opening set. He broke Murray twice, in the first and fifth games, for 6-2, having denied his rival a single break point oportunity.

After falling behind, Murray raised the level of his performance. Novak double-faulted on a break point in the fourth game of the second set and the match went to a decider.

Novak made an early break in the third set, but Andy fought back to level. The Serb went up again and had a match point on Murray’s serve, but the Dunblane native held to stay in the match. Djokovic had to save seven break points in the ninth game before finally serving it out for the second Madrid crown.

“I’ve been three years away from Madrid and I missed it. It was a great match to be a part of. Congratulations to Andy for a big fight. It was all decided by just a few points at the end. I don’t know how I dug my way out, but that’s how it is when you play against one of the best in the world. I’m just happy to have overcome the challenge. I started well, but had a slow start in the 2nd. Andy also changed his game to take advantage. The third set was very even, I just managed to stay tough,” Novak said.

Next tournament for Djokovic will be the Internazionali BNL d’Italia from May 08-15. The four-time titlist beat Roger Federer 6-4, 6-3 in the 2015 final.