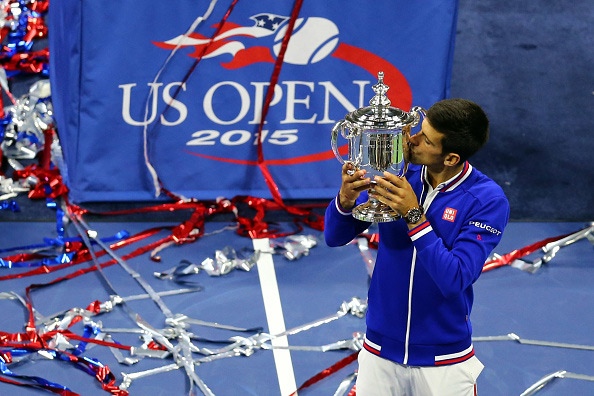 Novak Djokovic has clinched the year-end no.1 Emirates ATP Ranking for a fourth time after he beat Roger Federer on Sunday night to win his second US Open title.

The 28-year-old Serb previously finished at the top in 2011, 2012 and 2014, and is the sixth player to finish year-end no.1 on four or more occasions, following in the footsteps of Pete Sampras (6), Jimmy Connors and Roger Federer (5), Ivan Lendl and John McEnroe (4).

Novak first ascended to no.1 in the Emirates ATP Rankings on July 4, 2011, following his maiden Wimbledon triumph.

“It’s a fantastic feeling to know I will end the year at no.1 again,” said Novak. “This is what we fight for since January 1. We still have a few tournaments left though and I look forward to competing in Beijing, Shanghai, Paris and London.”

Chris Kermode, the ATP Executive Chairman and President, said, “Congratulations to Novak on yet another incredible achievement. To secure the year-end ATP World Tour No.1 ranking this early in the season just goes to show what an amazing year he has had. His remarkable level of consistency throughout the season and on the biggest stages has been quite simply awe-inspiring. He’s in his prime, unquestionably at the pinnacle of the game, and fully deserving of this latest accolade – a true credit to our sport.”

After a couple of weeks off, Novak will begin preparations for the Asian hard-court swing. His next stop will be Beijing from October 5-11. The five-time champion has a perfect 24-0 record at the China Open. Last year Nole beat Tomas Berdych in the final 6-0, 6-2.