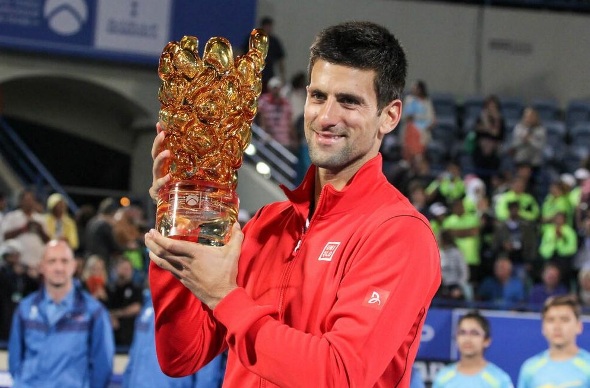 World no.1 Novak Djokovic will return to Abu Dhabi for the season-opening Mubadala World Tennis Championship from 1-3 January, 2015.

No.1 seed received a BYE to the last four, and will face the winner of the match between Stanislas Wawrinka (SUI, 3) and Nicolas Almagro (ESP, 6) on the second day of the championship at 19.00 local time (16.00 CET).

The other semi-final will see second-seeded Spaniard Rafael Nadal (ESP) take on either Andy Murray (GBR, 4) or Feliciano Lopez (ESP, 5).

Making his debut in Abu Dhabi in 2011, Novak has never lost a match at the Mubadala World Tennis Championship and will be looking to continue his successful run to secure an unprecedented fourth tournament title.

“Abu Dhabi has always been very good to me and of course I was keen to return and defend my title. The tournament draws the world’s top players and it is crucial for us to keep pushing and testing ourselves against each other, especially at the start of a new season,“ Novak said. “Celebrating the New Year in Abu Dhabi will be very special this time around and I’m hopeful of starting 2015 in the best possible way – with a victory at the Mubadala World Tennis Championship.”

Crowds will be thrilled by world-class tennis, combined with exciting off-court action in the Tennis Village, where players can be found coaching tennis clinics and signing autographs.